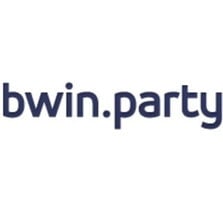 Just recently it looked as if 888 Holdings the online operator offering casino gambling, bingo, poker and sports betting had won out over its rival GVC to buy Bwin.Party Digital Entertainment but now there could be a counter offer from GVC. The initial offer from GVC and its backer Amaya was higher than 888 Holding’s bid that was accepted by Bwin.Party to be put before its Board. Bwin.Party which had been losing money preferred to accept 888 Holdings bid of 898 million pounds (about 1.5 million dollars) rather than GVC’s higher bid of 980 million pounds because agreeing to the GVC bid might have led to some risks for the company.

A question for the shareholders

888 Holdings’ takeover deal of Bwin.Party would have involved a mix of shares in 888 Holdings and a cash payment. This would have worked out at £1.04 per share which was lower than the £1.10 per share being offered by GVC at the time. The 888 Holdings bid was approved by Bwin.Party’s Board and then put to shareholders. However there was the proviso that if GVC came back with an improved offer that the Board would consider it. Now the GVC offer could mean almost £1.20 per share.

New bid may be accepted within days

It is believed that some members of the Bwin.Party Board weren’t too pleased with the £898 million takeover deal from 888 Holdings so the way was open for GVC to come back with another offer. GVC was backed by Amaya the Canadian online gaming company in its initial bid for Bwin.Party. Now the American private equity group Cerberus Capital Management is involved in the deal which is said to be worth almost a billion pounds. If Bwin.Party were to accept this new bid over the offer it agreed to accept from 888 Holdings, the company would have to pay a fee of £5.7 million to 888 Holdings. It remains to be seen whether the new bid will be accepted by the Board and shareholders.

888 Holdings was founded in 1997 by two sets of brothers from Israel. The company now holds a gambling licence from Gibraltar. It was listed on the London Stock Exchange in 2005. It operates in many countries worldwide. When online gambling became illegal in the United States the company withdrew its casino operations but now that online gambling is legal again in three states, it operates online casinos in Nevada and Delaware. 888 Casino provides players with online casino games in both downloadable and non-download versions. The casino offers traditional games such as roulette, blackjack, baccarat as well as slot machines and video slots and poker. Players can also join live games of roulette, baccarat and blackjack with live dealers. 888 Casino runs on Evolution Gaming software and offers players exciting games with excellent graphics.