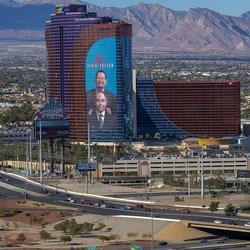 Poker fans will surely be apphrehensive at this news : the Rio All-Suite & Casino Las Vegas, which has hosted the World Series of Poker for several years, has changed owner. A few days ago, the Dreamscape group finalised its acquisition from Caesars Entertainement for a little over a half a billion dollars.

It’s without doubt a good deal for the buyer but it does raise some questions on the future of the famous Poker competition.

Having run the  Rio All-Suite & casino Las Vegas for just over 20 years, the Caesars entertainment group decided to sell the hotel-casino to Dreamscape. As revealed by both parties, the transaction amount was agreed at 516.3 million dollars. The transaction was finalised at the beginning of December and the new owner plans to carry out renovations although not immediately.

According to the conditions of the sale, the Caesars Entertainment group will continue to run the casino over the next two years at a rent of $45 million per year.

What about the World Series of Poker ?

Open to the public since 1997, the  Rio All-Suite & Casino isn’t on the Strip, the famous boulevard with the most prestigious casinos in the world. However, the casino holds a special place in the hearts of Poker players from all over the world because it hosts the World Series of Poker.

Ideally situated and with the largest car park in the town, since 2005 the casino has been the meeting place for poker players from all over. With the change of owner, many have wondered if the largest poker tournament in the world will run in the same place next year and in future years.

Although obviously there’s no need to worry at least for the next two years anyway. Given that the Caesars Entertainment group will run the casino until 2012 or even 2022, nothing will really change for visitors to the Rio Casino and for WSOP players.

Who is the new owner of the Rio Casino?

Founded by the business man Eric Birnbaum , Dreamscape Companies specialises in buying and renovating leisure businesses. The Rio is the first casino in the company’s portfolio. Its CEO is also the co-founder of Imperial Companies, another player in the luxury property sector.

Birnbaum, who was very enthusiastic about the deal, rapidly saw the immense potential of the casino but needed financial support to seal the sale. The Reuben brothers (David and Simon), the second richest people in the United Kingdom, helped conclude the sale by adding 460 million dollars to the amount asked for by Caesars Entertainment.

On the same occasion, the two billionaire brothers invested directly in Birnbaum’s firm.