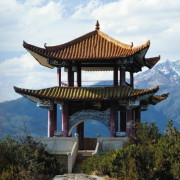 From many points of view, China is looked on as a source of clients for casinos in surrounding countries and also for the United States based owners of huge casino resorts in certain Asian countries. However, the Chinese President, Xi Jinping is said to have declared recently that Chinese citizens will not be travelling as much as before to gamble in casinos in neighbouring countries in Asia or even in casinos in the United States. The Chinese president’s crackdown on corruption has had a major effect on the number of Chinese high rollers travelling to casinos in Macau.

A ripple effect on other casino markets

The Chinese government’s clamp down on corruption and the lower number of travel visas being granted have had a negative effect on the revenue in Macau and other countries’ casinos that attract Chinese gamblers. Casino gambling grew immeasurably in Macau since the government ended the monopoly Stanley Ho’s company had held in the Chinese territory for many decades. In recent years Macau replaced Las Vegas as the world’s gambling capital and even its casinos belonging to major Las Vegas operators such as Las Vegas Sands, MGM and Wynn far surpassed their parent casinos on the Las Vegas Strip. The first ripple effect from the Chinese President’s crackdown on corruption that came into place two years ago was a noticeable reduction in the number of VIP players travelling from mainland China to spend vast amounts in Macau’s casinos. The Chinese government has encouraged the Macau authorities to insist that the new integrated casino resorts have a much higher ratio of family or tourist based entertainment to casinos. The recently opened integrated casino resorts and those due to open have this higher ratio but they will still rely on mass market players from China.

Macau’s casinos have faced eight months in a row of decreasing income from gambling. In 2014 total casino revenue in Macau dropped to 44 billion dollars. Casino income for January fell by just over 17 per cent. Xi Jinping has let it be known that Chinese nationals won’t be as frequent visitors as before to casinos in Macau, the Philippines, Cambodia, Singapore, Vietnam or South Korea. With the anti-corruption measures in China for the past two years and also travel restrictions on Chinese nationals going to Macau many Chinese players had started to visit some of the previously mentioned countries’ casinos as visa regulations for some of them aren’t so stringent. Many casino operators in these countries have opened offices in China to encourage Chinese gamblers to visit their regions but these offices will now come under scrutiny from the Chinese authorities. Advertising gambling is forbidden in China so this is another area that will be looked into by the Chinese government.