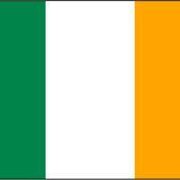 The Irish finance minister has finally succeeded in having new rules governing an online gambling tax passed. The minister has stated that he has been trying for three years to get the new rules covering tax and licensing in the online gambling industry signed into law. Up to now online casino operators and online bookmakers did not need an Irish licence to offer their services to Irish players. They were also exempt from paying any taxes in the country. It is estimated that the new tax on online gaming and betting will bring in revenue of around 25 million euros.

The new rules governing online operators offering their services to Irish gamblers are part of the 2013 Betting (Amendment) Bill. These laws will require all operators even those who already hold licences in other jurisdictions to apply for an Irish licence. Even if the overseas gambling operators do not have a physical presence in the country they will still be required to hold an Irish licence. The newly licensed online gambling operators will also have to pay tax on any transactions carried out with Irish gamblers. The Irish finance minister has said that almost 50 per cent of the gambling tax income will be reinvested in the country’s racing industry.

Similar laws in the United Kingdom

Ireland is not the only country to attempt to raise revenue from overseas businesses operating in its gambling industry, the United Kingdom brought in similar gambling laws last year. The British government amended the 2005 Gambling Act so that all overseas operators accessing British gamblers have to hold a licence granted by the Gambling Commission. This requirement caused controversy at the time especially among operators already licensed in jurisdictions on the British “White List”. Like in Ireland, overseas online gambling operators have to pay a tax on transactions with British gamblers. This “Point of consumption tax” of 15 per cent was the subject of court proceedings but it was passed and now all online gambling operators have to pay this tax and hold a Gambling Commission licence to advertise and to offer their services in the United Kingdom.

The leading Irish bookmaker Paddy Power which has retail betting shops and an online presence in Ireland and the United Kingdom and in many other countries worldwide has supported the Irish government’s new online gambling laws. A spokesperson for the company said that the new laws will provide a “level playing pitch” for all those operating in the Irish online gambling industry. Paddy Power worked with the Irish government on the new laws.