Sanctions against LeoVegas for encouraging at risk players 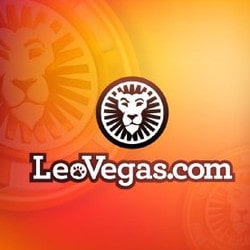 In the United Kingdom, the operator LeoVegas is in trouble. After the huge fine placed on it by the United Kingdom Gambling commission in May 2018, the site is once again running the risk of bringing the British regulatory authority ‘s wrath down on its head.

The UK Gambling Commission has opened an inquiry into a complaint against the operator for encouraging an at risk player to bet in online casinos.

The complaints against the operator

According to the newspaper, The Guardian, the complaints against the operator LeoVegas concern a player at great risk of a gambling addiction and debt. Originally registered on the LeoVegas Casino platform, his account was blocked from May 2018 when a casino worker had picked up some signs of a potential addiction to gambling during a live chat with the player. However, a few weeks later, the same player received advertisement emails from two other sites also belonging to the operator LeoVegas. In these emails, Castle Jackpot Casino and Pink Casino invited him to register on their respective platforms while promising free spins and various bonuses on deposits. All of which poses problems.

Worse still, after this the same player succeeded in opening an account on 21.co.uk, another online casino operated by LeoVegas Casino, in which he bet and lost several thousand pounds sterling. It was only after the casino asked for ID that the casino noticed that he had used his mother’s credit card to gamble. This violated the site’s rules so the account was blocked. But the story didn’t end there – several other sites operated by LeoVegas continued to send advertisement emails to the player after this, encouraging him to register on their platforms. In total, the player is believed to have lost more than £20 000 on the operator’s gaming platforms.

This story shocked public opinion in Britain and led several politicians to give their opinion on what they consider to be the inconsistancies in the sectors’ rules. Tom Watson, the Labour Party Deputy Leader, considered it completely senseless that currently the rules only insist that casinos check identities and the provenance of funds after players have lost large amounts.

According to him, it would be more logical to carry out these checks before players could bet even a cent. Watson also outlined the importance of taking measures to forbid bets placed directly on credit cards: as these are major factors in falling in to debt. He has asked the UK Gambling Commission to take strict measures against operators who bombard players, who are addicted to gambling, with advertisements inviting them to bet money on their platforms.

Faced with this situation, the LeoVegas management has stated that it has done all in its power to respect the laws, concerning identifying online players, in force in the United Kingdom.  Unfortunately, the operator’s prior records don’t work in its favour. Just a reminder that in May last year, it was fined €600 000 for sending advertisements to at risk players and for not respecting the principle of auto-exclusion.

The United Kingdom Gambling Commission has already opened an inquiry into the current case and should soon make its findings public. It could cost LeoVegas dearly!