Detroit Casinos May Stay Closed for One Year – Mayor 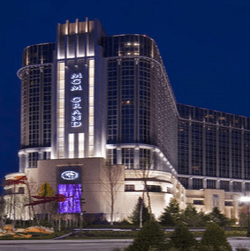 The question on everybody’s mind across the world right now is, “when will things return to normal?” According to statements made by Detroit’s Mayor, Mike Duggan, at a press conference on Wednesday, it might be a while. He stated that Detroit casinos might have to stay closed for up to one year.

“We’re going to have to deal with it,” Duggan told reporters, stating that he would also consider opening casinos at 25% to 30% capacity. It’s unclear whether such a move would be financially viable or whether financial assistance would be available to casinos should that be the case.

Could this drive Michiganders to play at online casinos? Not if Governor Gretchen Whitmer has her way. She has been a vocal opponent of legalized and regulated casino gaming in the state. While Michigan does not have legal online gambling, that doesn’t mean that there aren’t casinos willing to accept its players offshore. If this happens, the state will lose out on the revenue it could have generated with a regulated industry.

As casinos in the state stay shut, and the governor refuses to budge on legal online gambling, players may find out about the benefits of playing live casino games online. As we’ve previously reported, this is the fastest-growing sector of online iGaming.  With millions of players across the US and elsewhere locked out of shuttered casinos, this could be fuel on the fire for live dealer gaming.

Will US casinos ever be the same?

Mayor Duggan has insisted that he will be making decisions about when to reopen Detroit’s casinos and other entertainment venues based on the latest scientific advice. He made it clear that he was not optimistic that a solution would be found to the current predicament anytime this year.

Will US casinos ever be the same again? Is it possible that scores of them never reopen? Could the current situation put pressure on states with a blanket ban on online casino gaming to rapidly legalize them in order to bring in revenue? All of these questions will be answered in the coming weeks and months.

One thing is for sure; while things look dire for land casinos in Detroit, Las Vegas, and elsewhere, things have never looked so good for live game operators like Evolution Gaming and Authentic Gaming. The longer the land-based lockdown goes on, the stronger their market position will become, and the harder it will be for land casinos to win players back.