Skip to content
Home/Casinos USA, Slot machine/Casino only gives grandmother $1.85 instead of $41 million

Casino only gives grandmother $1.85 instead of $41 million 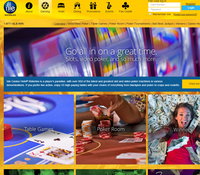 It‘s not unusual for players at slot machines to win bonus spins or other bonuses but when the amount won on a penny slot machine is the same as half of the casino’s gross annual income questions are asked. A lady playing the slots in the Isle Casino and hotel in Waterloo, Iowa saw the following message on the slot machine’s screen when she had paid in 25 cents, “The reels have rolled your way. Bonus Award $41 797 550. ” This happened in 2011 but the court case only ended recently and not in the 90 year old grandmother’s favour.

In July 2011, Pauline McKee from Illinois was at a family reunion and then played the slots with her daughter at the Isle Casino and Hotel in Iowa. She placed a 25 cent wager in a Miss Kitty penny slot machine. Her spin won her 1.85 dollars but a message on the screen announced that she had also won a bonus of just under 4.8 million dollars. It appears that the year before McKee’s massive bonus win, the company that produced the Miss Kitty slot machine, Aristocrat Technologies had told casinos that the slot machines could show up legacy bonuses that had not been won.

A contract or not a contract?

After Pauline McKee’s win the Isle Casino and the Iowa Racing and Gaming Commission both carried out investigations. The slot machine and its software was examined in a laboratory by the Racing and Gaming commission and the conclusion was a computer glitch and that the casino didn’t have to pay McKee the 41 million dollars bonus. Dissatisfied with this decision, Pauline McKee took the casino to court. Her case was dismissed by the District Court.
The case was then heard before the Iowa Supreme Court and again it wasn’t good news for McKee. Her lawyers claimed that there was an implied contract between the casino and its clients and that under this the casino should pay out any amount that was shown on the slot machine’s screen. Judge Edward Mansfield declared that the only amount that Pauline McKee was entitled to win was the 1.85 dollars originally shown as her winnings.

The rules on the machine stated that the maximum amount that could be won on the Miss Kitty slot machine was 10 000 dollars. The judge also stated that in the rules printed on the slot machine that bonus awards weren’t permitted and also that a “malfunction voids all pays and plays.” He ruled that the onscreen message on the slot’s screen stating that 41 million dollars had been won was a “gratuitous promise” and that by refusing to pay out this amount the casino was not breaching a contract with its client.

Pauline McKee who had been hoping to help out her family with her large win was philosophical about the final court ruling saying that she had had her doubts from the start.