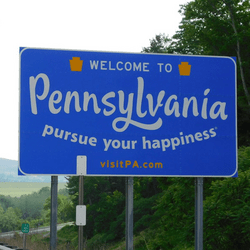 Not long ago, we reported on the legalization of iGaming in Pennsylvania. The Keystone State became one of the first states to legalize online casino gaming, and it appears the move is paying off dividends already.

This week, the state reported $98.6 million in revenues in May. This was part of overall revenue of over $400 million when other forms of gambling such as sports betting are included.

A Closer Look at the Numbers

Obviously, things are looking good for online gambling in Pennsylvania.  These numbers represent clear year-on-year increases, but the effects of last year’s public health crisis have to be considered. There was always going to be an increase as the economy reopened.

Who Will Be Next to Legalize Online Gambling?

We’ve reported on new deals, record revenues, and many new opportunities in the rapidly legalizing United States iGaming markets. The above numbers are just part of a larger story; forward-thinking states are cashing in on the online gambling bonanza that is sweeping the world’s largest market.

There’s no doubt that America’s cash-strapped states will be watching these numbers with a combination of envy and desire to emulate them. Most states will be in need of tax receipts, and $27.3 million in a month is not chump change.

With Louisiana recently moving to legalize sports betting, but not casino games yet, and debates taking place in Kentucky and other states, eventually the numbers being reported in Pennsylvania and other states will convince more of them to jump in and legalize iGaming.

Live Casino Gaming in the USA in 2021

Right now, legalization of live casino games is a patchwork quilt of different state laws with no overarching federal regulation in the USA. Players in states like Pennsylvania, New Jersey, and Michigan can play at legal, regulated online casinos and can enjoy high-quality live casino games from Evolution, NetEnt, and others.

Players from states that haven’t taken the plunge yet can palace wagers on sites like Casimba. It offers live casino blackjack, roulette, and baccarat. It’s based offshore in the Caribbean and accepts players from most states.