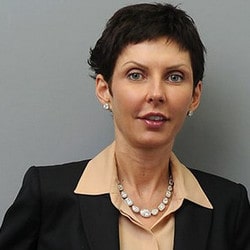 Denise Coates, CEO of the Bet365 group was paid the amazing amount of 279 million dollars as her annual salary for the year 2017-2018. This makes her the highest paid company director in the United Kingdom and among the best paid female Board of director presidents. Not everyone is happy about this.

Even in the United States where success stories involving young multimillionaires who make fantastic amounts are more common, Denise Coates’ annual salary has caused surprise and debate. The director of one of the planet’s most prosperous online gaming groups has given herself quite a pat on the back. The company’s financial documents reveal an annual salary of £220 million ($283 million) to which is added a dividend of £45 million ($57 million) from the 50% of shares that she holds in the company. In comparison, Tim Cook, the current CEO of Apple only earned $12.8 million in 2017. The British billionaire’s salary even surpasses double the total salaries paid to all of the Stoke City football club, which is owned by Bet365.

Various reactions to this income

Even though this record income is admired by some, for others it’s too high and even indecent. With  more than £665 million built up in salary over the past few years, the British billionaire may be seen as a company director profiting from a sector subject to much criticism mainly because of addiction problems among many British players.

With total income of about £13.8 billion , the country has the world’s most important online cash games market. However, there is a shadow over all of this: gambling addiction. The country is badly affected by this phenomenon which costs the British government between £260 million and £1.2 billion every year. In 2015, an estimated 430 000 players suffered from addiction with more than 2 million players at risk.

In the British parliament, several Labour representatives aired their displeasure at the exorbitant amount granted to herself by the Bet365 CEO. Referring to enrichment on the back of a growing mass of addicted and often ruined gamblers, these MPs can’t accept what they consider to be an obscene sign of wealth. Criticism to which the 12th richest person in the United Kingdom has replied with a well rehearsed speech assuring that her group is socially aware and guarantees all its players a secure gaming environment. Bet365 is still continuing in its strong growth and seems to be in even better form now. The group brought in £52 billion in bets in the past year which increased its profit by 31%. Parallel to this, the Denise Coates Foundation which raises funds for charity had £51.6 million of which only £6.3 million was spent.
Everyone can form their own opinion…