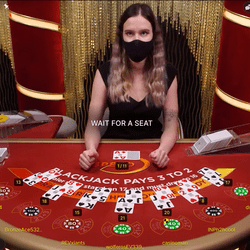 After a two-month long investigation by the UK Competition and Markets Authority and approval from the Malta Competition and Consumer Affairs Authority, Evolution has taken control of 96.8% of NetEnt’s shares and 98.6% of the company’s voting rights.

As the acquisition edges towards completion, one of the changes announced by the newly branded Evolution is the closing of NetEnt Live. This is part of a shakeup in the company as the Evolution team takes over.

NetEnt to Delist But Brand to Remain

NetEnt has already applied for delisting from Nasdaq Stockholm. While it will disappear from the stock exchange as a separate entity, its brand will remain and Evolution will continue to run games under both the NetEnt and Red Tiger brands as well as Ezugi and Evolution.

While this will include NetEnt’s huge collection of world-class video slots, it will not include its selection of live casino games. NetEnt Live games will disappear from live casinos like Mr Green. This will no doubt generate even more revenue for Evolution’s already booming live games business.

Can any live games firm compete with Evolution? Clearly, the UK and Malta authorities don’t view it as a monopoly as they approved this acquisition, but it will be increasingly difficult for competitors to outdo Evolution.

Why Evolution Is So Dominant

For those who have been playing casino games online for years or decades, the dissolving of NetEnt is a historic moment. This was one of the greatest live games companies, and its dissolution into Evolution shows just how dominant the company is.

Why so? Quite simply, Evolution live games are light years ahead of the competition. Others merely copy and tweak Evolution’s innovations. It’s fair to say that Evolution is almost always the first to release a new type of game or bonus feature within an existing game.

Evolution live games like Lightning Roulette, Crazy Time, and Mega Ball are examples of this non-stop innovation and industry leadership. They illustrate why Evolution has won so many awards, including EGR Live Casino Supplier of the Year for 11 years running. It’s difficult to imagine anyone else winning this award anytime soon now that Evolution has turned one of its previous competitors into an asset.

We recommend playing some of Evolution’s top live dealer games at 32Red. You’ll have access to the full Evolution game library at a world-class casino with fast payouts. Professional live dealers are waiting to host you in live games of roulette, blackjack, baccarat, and Evolution’s infamous live game shows.