The dealer robots: soon a reality in Macau casinos 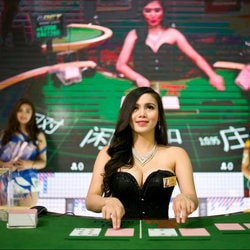 Thanks to a new technology developed by the company LT Game in Hong Kong, casinos in Macau will soon experience a real revolution. The integration of dealer robots in these casinos will overcome the lack of professional dealers in the Chinese region.

According to a recent article published by the Macao News Agency, this technology should soon be launched.

Since 2015, when Paradise Gaming subsidiary LT Game announced that it was working on the design of dealer robots, Macanese casino operators are eager to offer this innovation to their players.
In the end, it took 4 years for the project to become a reality. During the 2019 edition of the MGS Entertainment Show, held at The Venetian Macau, Ross Zhang, an engineer at LT Game said the technology was already available.

According to Zhang, it was developed to fill in the labor gap in several Macau casinos, in particular because the local legislation states that casinos should only recruit local citizens. Machines will be equipped with all the features and skills in order to offer services that match those offered by real live dealers.

Dealer robots designed by Lt Game are the most successful version on the market. In recent years, the company reissued several versions of its robots as the engineers developed the technology in order to offer more complete prototypes better adapted to the current demand.

This seems to be the case today, as the new dealer robots that will be deployed in Macanese casinos will be able to distribute cards for poker, baccarat and blackjack games. For the moment, they do not have artificial intelligence, but Zhang said it will soon be the case. In the meantime, the company decided to keep it simple.

It will take another 5 to 10 years, but Lt Game’s dealer robots will not just distribute cards. According to their inventors, they will be equipped with artificial intelligence and will perform several tasks in order to get as close as possible to those performed by real dealers.

Engineers think this will be less difficult since some casinos already use artificial intelligence in their operations. In this case, you may determine who wins or loses the most, track each transaction, each dollar spent by each player, and so on. To equip robots with artificial intelligence you just have to be inspired by other systems already available in casinos.

Present in Macau for this demo, the billionaire Stephen Schwarzman, among others CEO of the Blackstone group who bought the Bellagio, said that in a short time artificial intelligence will amazingly impact the world. It remains to be seen whether dealer robots will be able to replace real dealers.