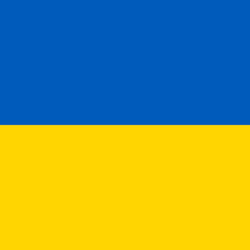 It’s no secret that global relations with Russia have soured in recent weeks in the aftermath of its invasion of neighboring Ukraine. As the death toll climbs, so does the financial and social toll on Russia as countries such as the USA request its ambassadors to leave and global corporations exit the Russian market.

Aside from countries, many businesses are also shunning Russia as crippling financial sanctions take hold. One of them is Casino Maltese. Last week, the casino announced that it would no longer allow Russia’s ambassador to Malta onto its premises.

The gaming industry is showing Russia the door

The casino put it bluntly and didn’t dress it up; the ambassador was no longer welcome into the casino or its exclusive social club because of Russia’s unprovoked aggression towards Ukraine. A spokesman for the casino stated that Russia’s actions violate its motto ‘Omnibus Idem,’ which is Latin for ‘All Are Equal.’

Casino Maltese is not the only gaming firm to show Russia and its representatives the door. Both Parimatch (founded in Kyiv) and bet365 have announced that they will no longer operate in Russia.

No doubt more firms will soon follow as sanctions take hold and moving funds to or from Russian banks and payments firms becomes virtually impossible.

In the end, even iGaming firms that don’t take a specific political stand will be unable to do business in Russia much longer. As most casinos exclude players from nations like North Korea and Iran, soon, Russian players will find themselves in the same category.

It’s a sad state of affairs for a group of people that had no choice in the actions of their leadership, but it’s likely to get worse before it gets better.

As well as casinos and operators like bet365, sports organizations such as FIFA and UEFA are banning Russia from participating in important events. Russia is officially banned from the 2022 World Cup. The UEFA Champions League has been moved from St. Petersburg, where it was due to be held in 2022.

Even sports data companies such as Statscore have ceased providing updates on Russian and Belarusian matches and games.

Until further notice, it looks like casinos, gambling sites, and the sports industry, which generates so much of the action we all enjoy, will be giving Russia the cold shoulder. Let’s hope that this situation can be resolved peacefully and with a minimal loss of life sooner rather than later!