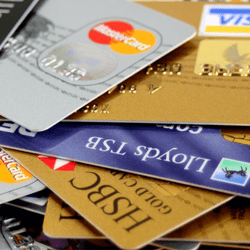 Earlier this year, we reported that the UK Gambling Commission had banned gambling with credit cards in an effort to stop players running up large debts with borrowed funds. So far, most operators have complied and have banned payment by credit cards, but on Wednesday, June 10th, the UKGC updated its guidance and instructed operators to stop accepting payments through e-wallets which facilitate credit-card gambling.

The message was clear: UK license holders should block all payments from electronic money institutions which allow customers to deposit funds via credit cards and then gamble online with these funds. At a time when UK-based searches for online casinos are at an all-time high, it’s clear that the UKGC means business and its credit card ban is not a token nod in the direction of responsible gambling, but a serious effort to curb problem gambling.

After a parliamentary report called the UKGC “not fit for purpose” recently, the gambling regulator has taken several steps to introduce new player protections and to show the world that it is serious about enforcement. In the past few years, the UKGC has demanded that operators verify player’s identities (and hence age) before accepting real money deposits or allowing access to free games, has banned payment by credit cards, and has fined several high profile operators such as William Hill and Caesars Entertainment UK for not protecting problem gamblers.

UK-licensed casinos like Temple Nile or Casimba were already some of the safest and most player-friendly sites in the world, but it’s clear that the UKGC intends to introduce further safeguards, making gambling online in the UK ever safer.

Today’s reminder that credit card bans apply to all money transfer services and technology verticals serves as a stark reminder that the credit card ban is real and is here to stay. The UKGC stated that it wished to create “maximum friction” to prevent players from gambling with borrowed funds. It mentioned the popular fintech app Revolut, although Revolut updated its service in April to comply with the new credit card payment bans.

We would like to second the UKGC’s move, and we ask all of our readers to gamble responsibly at our recommended live casinos. Sites like Mr Green offer self-exclusion options and adhere to the principles of responsible gambling, which is why we recommend playing at them. Always gamble responsibly.