Skip to content
Home/Casino, Cyprus casinos/Europe’s largest casino will be in Cyprus

Europe’s largest casino will be in Cyprus 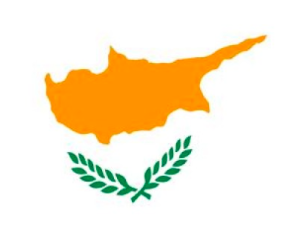 Watch out Macau, Las Vegas and Singapore, Cyprus is on the way! On the 26th of June the Republic of Cyprus signed an agreement with a consortium made up of Macau’s Melco International and the American Hard Rock. This agreement concerns the opening of Europe’s largest casino and baccarat, roulette, slot machine and blackjack fans are already rubbing their hands together in anticipation. The future casino should attract millions of tourists throughout the year. Live Dealers brings you   all you need to know about this major project which should be very valuable to the small European country.

Thanks to the signing of the agreement with the Macau -US consortium, Cyprus is set to become a major player in the gambling world. Several European islands have decided to make a sizeable of their income from gaming. Malta grants gaming licences and part of its economy relies on income from gambling including online casinos, sports betting, horse racing and online poker. Malta has several landbased casinos like the Dragonara Casino with its Dragonara Roulette table which is available to online players.

There is also the Portomaso Casino and the Oracle Casino among others. Cyprus has great plans and during 2018 should open Europe’s largest land based casino which will have over 1200 slot machines and 136 gaming tables. We imagine that there will be a major presence of blackjack, baccarat, roulette, poker and casino hold’em tables in the new casino, just like in Sin City. The Venetian Casino in Las Vegas has 1247 slot machines and 139 gaming tables so the Cyprus casino will be right up there with those in Las Vegas.

Under the terms of the agreement with the consortium the new casino will have a 30 year licence. Europe’s largest casino will be in Limassol. Four other casinos will open in four other towns. There will be a 500 room hotel for tourists and the complex will be 6000 square metres. For a project this size, Melco International and Hard rock have had to dig deep because the cost is estimated at 600 million euros.

A casino that will boost tourism and employment

This project will attract more tourists and will re-launch Cyprus’ economy. The economy suffered greatly over the four years of the economic crisis and is now counting on the largest casino in Europe to fill the state coffers. Four thousand jobs will be created which will greatly increase growth on this small island that belongs to  the European Union.

Since Turkish troops invaded the northern part of the island in 1974, casinos have been open in the Turkish part but not in the south. This can be explained by the strong influence of the Orthodoxe church which is not in favour of casino games and their social impact. The project may also attract many Isralians to play in the casino because they are n’t legal in the Holy Land. So since Cyprus is only an hour away from Tel aviv by plane, many players may go there to play instead of to Bulgaria or Romania. However patience is needed as it will be another few months before the largest casino in Europe will open its doors. Watch this space.