Revel Casino may be sold to developer Glenn Straub 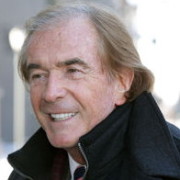 Revel Casino in Atlantic City has been in the news since even before it opened in 2012 but unfortunately most of the media coverage has been negative apart from the great hopes when the casino opened. In 2012 Revel was the first casino to be built on Atlantic City’s Boardwalk in 9 years. Atlantic City’s casino had been in trouble for some years and it was hoped that Revel’s opening would attract more clients. However, Revel along with the other casinos faced increasing competition from new casinos opening in neighbouring states. In its two years in business Revel never made a profit and the casino finally closed in September 2014.

The Revel casino wasn’t the only one to close in Atlantic City in 2014. Of the city’s 12 casinos operating at the beginning of last year only 8 remained at the end of 2014. The Atlantic Club closed early in 2014 followed by the Showboat, Revel and the Trump Plaza later in the year. The Trump Taj Mahal Casino is awaiting confirmation of a financial injection to enable it to stay in business for a few more months. Revel faced bankruptcy twice and attempts were made by its owners, Revel Entertainment Group to sell the casino complex. The first auction didn’t attract any bids but the second was reported to have had up to 3 bidders. One of these was the Florida based developer Glenn Straub.

Revel cost 2.4 billion dollars to build but its selling price is just a fraction of this. In the second auction Glenn Straub’s 90 million dollar bid was used by the Revel Entertainment Group as the opening bid with a 3 million dollar payment to him if he lost to another bidder. A higher bid of 110 million dollars made Brookfield Asset Management the casino resort’s owners at the end of September 2014 but just 2 months later Brookfield Asset Management walked away losing their 11 million dollar deposit. This left the way open for Glenn Straub of Polo North country Club.
Straub now has a month to close the sale but he is not in agreement with the 95.4 million dollar price set by the bankruptcy court judge. Straub claims that he should acquire the property for 87 million dollars, the price he would have paid initially out of his 90 million dollar bid less the 3 million due to him from Revel’s owners. While Straub has threatened to appeal the price he has also made announcements about possible uses of Revel. Initially he claimed he would use the complex as a university but recently said he may develop the world’s largest waterpark there and there is a possibility that a smaller casino may remain.
By admin|2015-01-12T11:06:57+00:00January 12th, 2015|Atlantic City casino, Revel Casino|0 Comments