Increase in Macau Casino Revenue in 2018 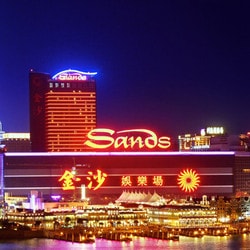 After a lack lustre month of May, Macau’s casino gaming industry is back on an upward curve that  started in the last quarter of 2016. Confirming its good state of health, the sector has had clear growth compared to the previous month and also in comparison with the same period last year. The new casino Mecca is clearly more on form than ever.

According to the official figures from the Macau Gaming Inspection and Coordination Bureau (DICJ), Macau’s casinos have performed well in June, better than in May in any case. With gaming revenue estimated to be 22.49 billion patacas ($2.81 billion), the sector is seeing new growth of 13% compared to the previous month. The Special Administrative Region of Macau’s casinos are doing much better than last year with a cumulative total of 150.2 billlion patacas ($18.8 billion ) in the first six months of this year. For the same period last year total revenue was “only” 126.3 billion patacas ($ 15.8 billion) so there has been an increase of almost 19% over a year.

Macau, stronger than ever?

With 26 months of a free fall linked to the restrictive anti-corruption measures brought in by the Chinese government in 2013, Macau’s economy suffered greatly. Luckily, thanks to rethinking their business strategy, the Asian casino Mecca’s casino complexes were able able to overcome this and have rebound since 2016. After a successful year in 2017 with $33,217 billion gross income, 2018 has started as successfully with a clear mid-year increase. This is something that encourages the island’s operators which are already facing growing competition from casinos situated in the new Asian cash games paradise of: Singapore, Manilla, Kuala Lumpur and others.

After a forty year monopoly held by Stanley Ho, Macau opened up to international investors in 2002. Now, the autonomous region has 41 different casinos belonging to 6 main operators. The most important of these is still the Sociedade de Jogos de Macau owned by Stanley Ho, who has recently handed it over to his daughter. With 22 casinos, he owns more than 50% of the local casinos. After him come the Galaxy Casino, Venetian Casino and Melco Crown groups , which respectively own 6, 5 and 4 complexes in Macau. The American groups Wynn Resorts and MGM complete the sector with two casinos each.