Evolution Gaming Partners With William Hill in the US Market 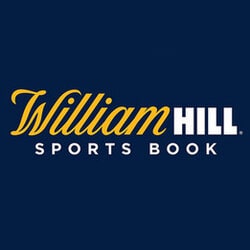 Why Is This Partnership Such a Big Deal?

Taken by itself, this deal wouldn’t be such a big thing. However, when combined with the endless partnerships Evolution Gaming has announced in the regulated US markets this year, and the news that Caesars Entertainment is in the process of purchasing Willaim Hill Plc, it’s huge.

If the Caesars-William Hill deal goes ahead, that would essentially mean that EG is partnering with one of the biggest names in US casino gaming. Caesars will undoubtedly be one of the front-runners in the race to cash in on the ever-growing numbers of states that are legalizing online casino gaming.

Under the terms of the initial deal, Evolution Gaming will provide live dealer games to William Hill in its Atlantic City studio. It seems that every live gaming studio worth mentioning will be offering Evolution live games to United States players.

Can UK Players Enjoy These Games?

UK players won’t be able to play Evolution games at William Hill’s New Jersey studio unless they’re visiting the Garden State. However, they won’t have to, because there are plenty of UK online casinos that already offer them.

We suggest paying live casino games at 32Red if you’re a UK player. Why so?

At the closing bell on Friday, EG’s shares were trading at a 52-week high of SEK 737.60 per share. That’s impressive, considering the company’s stock price has gone up and to the right all year long. Deals involving buying NetEnt, partnering with Golden Nugget, and now partnering with Willaim Hill have made 2020 the best year on record for Evolution Gaming.

Johan Nordstrom, Evolution’s chief commercial officer, said that the company was proud to have been selected by William Hill. Realistically, there was no other option for William Hill. Evolution is number one for a reason; players love and demand their games!