Philippines Gambling Revenue Down – POGO Revenue Up During Q1 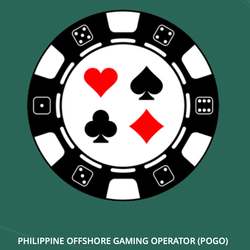 The Philippines is renowned for its excellent gambling destinations, and in recent years its Philippine Overseas Gaming Operators (POGOs) have taken a huge slice of the online gambling business in Asia. However, even this was not enough to stave off the somewhat inevitable hit as casino revenue slumped in Q1 2020. We’re sure you can guess why. Yes, it has something to do with lockdowns.

The Philippines has a number of world-class resorts which cater largely to the country’s booming tourist sector.

Aside from that, popular gambling in the Philippines consists of:

Of course, the latter isn’t regulated or properly taxed, but the revenues from the first two forms of legal gambling have been growing at a rapid clip in recent years. POGOs, in particular, have been growing so quickly and generating so much tax revenue that Philippines President Rodrigo Duterte had to backtrack on a vow to shut them down.

However, it’s unlikely that the POGO growth will hold when the Q2 financials come out. A very limited number of POGOs have been given permission to resume operations, and as we reported earlier this year, Philippines authorities have been taking strict actions to enforce the rules and shut down illegal operations.

It’s Not All Doom and Gloom

While land-based gambling revenues are down around the world in the midst of the worst global health crisis in living memory, online operators have been getting much of the benefit, and operators are busy expanding rather than trying to survive.

In fact, just recently, we reported that Vivio Gaming had opened a new Galaxy Studio in the Philippines. It’s clear that while land-based gaming revenues are slumping (for now), online operators are bullish on the prospects for live dealer gaming and online gambling in general.

Positive developments like this remind us that there is still much future growth in the gambling business despite the current economic conditions and limited capacity to operate land casinos across the world.

While many of the land casinos in the Philippines are still shut, and lots of the POGOs aren’t yet allowed to operate or have been shut down permanently, it’s clear that the country’s online gambling sector will survive. Could this terrible crisis be live gaming’s greatest opportunity? Time will tell.