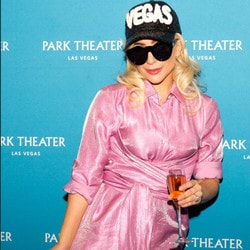 Elton John, Liza Minelli and Celine Dion are just some who have exclusive contracts with Las Vegas casinos and now Lady Gaga can be added to this list. Lady Gaga has just confirmed the rumours that had been circulating for some time about a residency contract with a Las Vegas casino. The singer of “Poker Face” has signed a residency contract for 100 million dollars with the MGM  Casino Las Vegas. An impressive amount for giving 74 concerts in the MGM Park Theater. “Sin City’s “ casinos are willing to sign large cheques to bring in international stars and of course to have exclusivity.

Live Dealers Casino brings you more on these huge amounts spent by Las Vegas casinos to bring world reknowned celebrities to the stage.

Suffering from fibromyalgia, a chronic illness causing intense fatigue and pain, Lady Gaga had to cancel her concerts in europe on her Joanne tour last September. She has just announced on social media that she has signed a two year contract for a residency in the MGM Resort Las Vegas. The first concerts should begin in December 2018. She will probably have enough time to appear on stage in Barcelona, Paris or Cologne, dates that she had cancelled because of health problems. Lady Gaga is very happy with this golden contract estimated to be worth 100 million dollars of which 75 million will go directly into her pocket. On her Instagram account she wrote: “I’m so HAPPY and excited to have my own show in Las Vegas with this new family.”

The American singer should appear before 5200 people at each of her 74 concerts spread over 2 years. On Lady Gaga’s Twitter account, the singer posted photos showing her signing her contract or posing, a glass of champagne in her hand, with Bill Hornbuckle, president of MGM Resorts International.

It’s a great victory for Las Vegas casinos to have international stars sign up for a residency. It’s a winning jackpot for both the celebrity on the stage and for the casino. The stars are “cash machines”  for the operators who sign cheques for amazing amounts. The contract Lady Gaga has with MGM Resort Casino is estimated to be worth 100 million dollars. Elton john played no less than 207 times  in the Caesars Palace Colosseum Las Vegas in his show “The Million Dollar Piano”. Between 2004 and 2009 he appeared on the same stage in “Red Piano”. The pop legend has had a residency in Las Vegas since 2001 and had just announced that he’ll end it in 2019. Besides Lady Gaga, there are other “Las Vegas Girls” and among them are Britney Spears, Jennifer Lopez, Celine Dion and Mariah Carey. These juicy contracts attract tourists from all over the world. Attending an unforgettable concert contributes to the local economy either in hotels or in casino games, slot machines and table games and also spending in shops and high class restaurants. Las Vegas is a real business and those in charge of Sin City’s casinos know perfectly well how to make money from it.