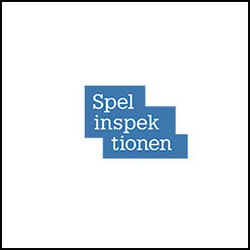 2018 ended well for the Swedish online cash games market. The National Committee that regulates the sector, taking advantage of the upcoming Christmas and New Year holidays, offered a gift in advance to the 26 operators who had applied for a licence. This was great news for the different groups who are now part of the second wave of operators to be granted licences under new legislation which comes into operation on the 1st of January 2019. Sweden is legalising online games and in particular online casinos in 2019. The country, which belongs to the European Union, is following in the footsteps of Belgium, Spain, Italy and many other European countries with regard to legalising online gaming. So Swedish players will be able to legally play dozens of games licenced by the Lotteriinspektionen.

Only a few places left

The New Year 2019 will be particularly good for the Swedish online cash games industry. Actively preparing the passing of the  new legislation regulating the market from the 1st of January 2019, the Lotteriinspektionen / Spelinspektionen, the Swedish regulatory authority in the sector, has published a new list of operators to whom it has granted a licence and so allowing them to operate legally in the Swedish market from January 2019. In total, 26 licences were granted to several companies with various origins. Among these are several well known names in the online gaming world such as Betfair, Cherry AB,  PAF amd 888 Holdings.

These new licences are in addition to the 31 initial ones which were officially granted during the first wave, and whose names were published a few weeks ago. There aren’t many more licences to be granted by the Swedish regulator, whose director has been delighted by the interest aroused in the Swedish online market.

This second granting of licences is most likely to be the last before the new era begins in January 2019. Contrary to information given in the local media, the Lotteriinspektionen doesn’t intend to study any more applications for this year. So operators whose applications are pending will have to wait until next year to enter the Swedish market. The regulatory authority has announced that it doesn’t intend to grant a temporary licence to operators whose applications are incomplete or which require detailed study.

Along with studying the licence applications, over the past few weeks, the Lotteriinspektionen has also been finalising the last legal details before 2019. Linked to this, the authority also made public the Linkoping court’s verdict on the Svenska Fotbollförbundet, the Swedish Football Federation’s appeal against certain parts of the new online gaming legislation. The Swedish football institution had asked to be able to control the types of sports betting available under the new legislation. The court rejected their request as it didn’t see any problem with this in the present rules.

Also, as was announced a few weeks ago, The Swedish Commission for Games of Chance made public its plans for the national register listing cases of auto-exclusion from cash games in the Swedish market. Comments and arguements concerning this will be accepted until the 14th of January 2019.