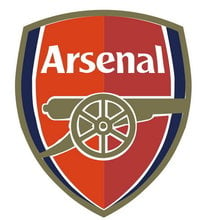 Betfair one of the world’s leading gambling, online casino and sports betting groups has signed several betting partnerships recently. These betting agreements have been signed with leading football clubs before the 2015 Premier League season begins. Betfair has so far come to agreement with the following football clubs : Aston Villa, Arsenal, Southampton, Sunderland and Leicester City. These will add to Betfair’s cover of football in the United Kingdom.

Betfair’s betting partnership with Arsenal is welcomed by both sides with a Betfair spokesman stating “We are thrilled to announce our new partnership with Arsenal. We will offer our range of pioneering products, exclusive offers and promotions to supporters across the season.” The Arsenal Chief Commercial Officer has said “We look forward to working together to further engage with Arsenal supporters in Europe and provide them with access to Betfair’s innovative products and services.” The agreement has some conditions attached, Betfair Casino will be Arsenal’s betting partner in Europe but not in certain countries. The excluded countries are: the United Kingdom, Italy, Ireland and Russia.

Betfair’s agreement with Arsenal gives it brand coverage at games played at the Emirates Stadium and also hospitality on the day of the domestic matches. Players from Arsenal’s team will also be involved in Betfair’s promotional work and in Betfair’s marketing.

Betfair has signed several agreements and the partnership with Southampton Football Club was signed recently and will enhance the club’s own match betting system. The club’s Chief Executive Officer has said that “As a leading online betting exchange, Betfair offers Saints fans great flexibility and odds to match their needs.” While Betfair’s Stephen Mault has said that “We look forward to playing our part in the club’s remarkable success story this season and will offer our range of pioneering products, exclusive offers and promotions to fans of the club.”

In its downloadable section, Betfair Casino offers players 245 games most of which are developed by Playtech. Betfair Casino offers traditional casino games, arcade games, video poker and many slot machines. Betfair’s Live Casino is also by Playtech and live games of roulette, blackjack, baccarat and poker with live dealers are streamed from Playtech’s casino studio in Lithuania.
By admin|2015-08-15T21:08:34+00:00August 15th, 2015|Betfair Casino|0 Comments