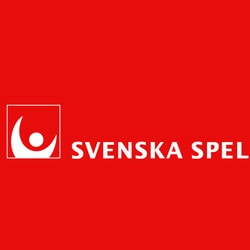 Sweden is following in the footsteps of other European countries, in particular Italy and spain by legalising its online gaming market. So from the 1st of January 2019 online casinos will be legal in Sweden. Up to now 22 online casinos have applied to offer their games legally. Over the next six months, the number of requests for licences should double or even triple. The Swedish market is an important one for online operators because Swedes like to gamble in casinos, at poker or sports betting. Several Swedes have made news headlines by winning progressive jackpots while playing on their mobiles. Sweden is taking an important step by legalising online casinos. Live Dealers Casino brings you more on Svenska Spel which is losing its state monopoly.

Svenska Spel in Sweden is the equivalent of the Gambling Commission in Great Britain. This organisation holds the state monopoly for gaming. For several years, Svenska Spel has been in the sights of the European commission because online casino operators have the right to offer their services to European players. So Sweden has reviewed the situation and is going to open its casino market on the Internet. It’s going to grant gaming licences to operators who will have to respect very strict conditions to protect players. Also, if there’s a problem with casinos, players will know where to complain if they need to exclude themselves or if winnings aren’t paid out. Player protection will be much more efficient with legal online casinos than with unlicensed operators who do what they want.

Up to now, Svenska Spel has received 22 requests for online casino licences. In 6 months time when the Swedish market is completely open and legal, this number is expected to double or even triple. With just 10 million inhabitants, Sweden is an important market for  casino operators. Scandinavians, especially the Swedes are attracted to online games and mainly play on their mobiles. We have often mentioned the progressive jackpots, in particular those from the developer Netent, won by Swedes.

Opening up of the market following the Italian and Spanish models

Sweden is going to open up its online gaming market in the same way as Italy and Spain. Operators who want to offer slot machine games or live dealer tables to Swedes can do so under certain conditions. They have to accept certain rules to protect players. Internationally well known online casinos such as Mr Green, Leo Vegas and Unibet which have Swedish origins, are in a good position to get a licence. In contrast to the Belgian model, the casinos have no links with land based casinos. In Belgium only land based casinos can offer their services to Belgian players through their partnerships with online casinos. For example, the leading online casino in Belgium, Casino777 is linked with the Spa Casino. In Sweden, the operators will have to show their credentials to gain a legal gaming licence.
We will know in six months time which online casinos will be legal in Sweden. To be continued…..