Skip to content
Home/Casino Japan/Casinos in Japan : More than 40 towns want a casino

Casinos in Japan : More than 40 towns want a casino 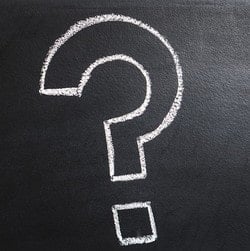 Since the Japanese central authorities have recently taken major steps towards the introduction of the first large casino complexes in the country, there has been a very enthusiastic response from local administrations. About 40 municipalities in the country have already shown great interest in having one of these casinos in their area.

Almost 40 competitors for 3 casinos in Japan

According to reports in the local press, the upcoming introduction of casinos in Japan has aroused great interest among municipal representatives in the country. About 40 of them have put their town forward to tender for the building of large leisure and gaming complexes. These figures indicate stiff competition between the different applicants given that the first phase of the project only concerns the granting of permits for three complexes at the initial stage. Then there will be a wait of  between five and seven years after the launch of the first casinos before new licences will be granted.

There are definite favourites but nothing is decided yet

Organised for the beginning of August, there were many more participants than expected at the meeting to explain about the project. The group in charge of the plans and the construction of the project let potential applicants know that from then on, they had to start putting in place the necessary requirements if they hoped that their application would be taken into account. They were also informed that the Japanese government would be personally involved in the selection process so that it would take place quickly and well.

This should have pleased large municipalities like Osaka, which is considered to be the main favourite among the applicants. Tokyo and Yokohama , also in line to receive one of these leisure complexes, are also considered to be favourites. Even if many believe that several applications will be withdrawn between now and then, nothing is decided because even small towns can get a licence.

We will have to wait a few more years before the appearance of the first Japanese casino complexes. After the Japanese Parliament has decided on the places that will have these casinos, the  groups to be granted the licences to run them will have to be selected. At this stage also, there will be stiff competition between the major international groups such as Sands International, Melco International and MGM among others. In total, 11 of them have held almost 200 meetings with the Governor of the Osaka region since 2017. So finally, once the licences have been granted to the chosen operators, the plans for the complexes will be studied and then approved before construction begins.