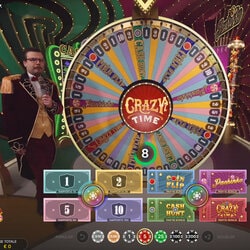 2020 was a challenging year for many firms in iGaming, but the leading live games company, Evolution, had one of its best years to date. The live gaming operator released a series of new games, including some revolutionary new games, and acquired rival NetEnt to add hundreds of video slots and dozens of new live games to its catalogue.

We recently poured through Evolution’s end of year report, and the figures were compelling: 2020 was Evolution’s most successful year to date. It’s difficult to imagine how it could have gone any better.

In this report, we’ll tell you about some of the key figures from the report and some of the top Evolution live games from 2020.

To save you time, we’ve summarized the most important figures here.

At the ICE conference in February 2020, Evolution showcased 12 new games it would release throughout the year. These included seven new games and some in-person games.

These new games go some way to explaining the strong revenue growth Evolution experienced in 2020. The best new Evolution games include:

We’re excited to see what new games Evolution comes up with in the future. If these are anything to go by, things will only get better and better as Evolution tightens its grip as the live gaming leader.