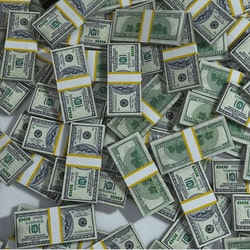 Taiwanese customs law concerning financial declarations is particularly strict. Recently, a Taiwanese professional gambler, who is quite popular on line, learned this the hard way. Since he didn’t declare his winnings from foreign casinos at the airport customs, he had several hundred thousand dollars seized.

An incorrect interpretation of the law?

According to Taiwanese law, every citizen returning from abroad must declare at customs all of the cash he is carrying before re-entering the country. A point of law that Huang,  who is quite well known among Taiwanese internet users, didn’t obviously understand properly. This is what he claimed when customs agents discovered 408.8 million Korean won ( $368 500) and 473 000Thai baht ($14 500) inside his suitcases. It appears that he was returning from a winning “tour” in South Korea. He only declared $15 400 that he had in his hand luggage to customs officers. To justify this “omission”, he claimed that he thought that the rules meant that he didn’t have to declare his winnings in foreign currency. He paid dearly for this misinterpretation of the law because the whole amount was seized by the customs agents, who spent two hours counting it.

Despite this major set back, Huang didn’t waste time on self pity. Well known online, he quite quickly set about rebuilding his finances in Asian casinos. On his internet sites he teaches thousands of players how to beat casinos. This has caused him to be blacklisted by hundreds of casinos across the world. Although he can still enter several casinos like those in which he had gained his winnings seized in this affair. According to him, he was returning from Busan (South Korea), a city that has two casino complexes: the Grand Korea Leisure’s Seven Luck Busan and the Paradise Casino. Perhaps he will be seen there again soon….

Quite a similar precedent

Huang isn’t the first Taiwanese player to have fallen fowl of the Taiwanese regulations against money laundering. Last year, two Taiwanese players returning from Macau also had almost $400 000 confiscated because they didn’t declare it at the airport. What was worse in this case was that the money wasn’t even theirs. They had agreed to transport it for another person whose identity still isn’t know.