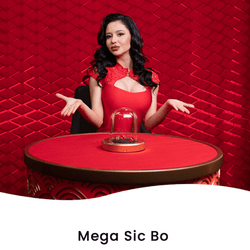 Following Evolution Gaming and Playtech, both of whom have released games with random multipliers such as Lightning Roulette and Quantum Blackjack, Pragmatic Play Live launched Mega Sic Bo as the first game in its range to implement Mega Multipliers.

Here are some key facts about Mega Sic Bo:

Fans of Evolution Gaming live games will recognize that this game sounds a lot like Super Sic Bo. Pragmatic Play has confirmed that the game will be streamed 24/7 from its Bucharest Studio.

Lana Bleichyk, Pragmatic Play’s operations manager, made it clear that the firm had no intention of stopping with the release of Mega Sic Bo. She touted the company’s impressive results since the launch of its live casino offering and indicated plans to keep expanding.

Clearly, the company has serious intentions to become a force within live casino gaming. Here’s some more information about Pragmatic Play and its journey so far.

Clearly, Pragmatic Play Live is one to watch. It’s staggering success so far proves that big things are likely on the horizon for this company in the future.

There are dozens of live games companies offering blackjack, baccarat, and roulette. The introduction of a game with Mega Multipliers signals clearly that Pragmatic Play aims to take on leading firms like Evolution Gaming and Playtech.

We’ll be keeping a close eye on this fast-rising company. For now, we suggest you check out Mega Sic Bo at Mr. Green Casino.