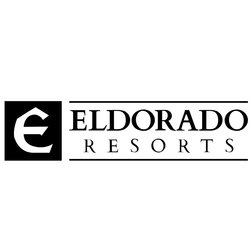 On the 24th of June, Eldorado Resorts released a press statement to announce a merger between it and the pretigious casino group, Caesars Entertainment, the owner of Caesars Palace. The famous Las Vegas casino along with other properties belonging to the two groups are now part of the largest casino industry group in the United States.

Caesars group, the new casino giant in the United States

The terms of the financial agreement between the Eldorado Resorts and Caesars Entertainment groups will strike fear into the other large American casino groups. The new “baby” is the result of a merger-acquisition led by Eldorado with a global value of 17.3 billion dollars. This amount is made up of $7.2 billion in cash, to which is added 77 million shares and the complete take over of the Caesars Entertainment group’s debt.

This debt is valued at almost 9 billion dollars. According to the terms of the transaction, the new group will be called Caesars but will be managed by the current main Eldorado shareholders, who will own 51% of the new group. Leading this will be Tom Reeg, the current Director General of Eldorado and Gary Carano, the group’s CEO.

It was known that the plan was in the pipeline for months if not years. The Eldorado management had already expressed interest in the Caesars Palace parent company for some time. The Caesars Entertainment Administration council wasn’t too interested in the negociations as it wasn’t motivated by a takeover. However, since the beginning of the year and the purchase of 15% of the group by Carl Icahn, things took a different direction.

The american billionaire, well known in the sector for being the instigator of several main changes in the groups where he is a shareholder, played a major role in the negociations. Insisting on the importance  for Caesars Entertainment to reduce its marketing costs, Icahn has criticised the group’s Administration council for a long time. So now the settlement reached seems like a victory for the American businessman.

Although it’s not well known to the public, Eldorado Resorts which has led this financial transaction, has grown over the past few years due to several acquisitions. The group has already taken over several businesses in the sector such as Isle of Capri, MTR Gaming and Tropicana Entertainment. But now the merger- acquisition with the giant Caesars Entertainment brings it into another dimension altogether because at the moment Caesars Entertainment group has more than 30 casinos in America including famous casinos like Harra’s, Bally’s and the unmissable Caesars Palace, made popular by Celine Dion.

This deal creates a very important business whose number of casinos will surpass all the other casino groups operating at the moment in the United States : at least 60 casinos in 16 American States.