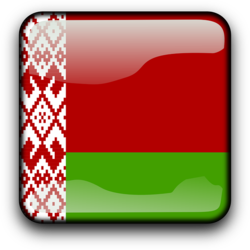 The Belarusian government has been involved in a series of reforms leading to the opening up of its local market to different online services and a few days ago it confirmed that its regulation of online casio activity in the country would soon be in place. This is good news for the operators of these online casinos and also for igambling fans in this small East European country.

After Sweden planned to legalise online casinos in January 2019, other countries such as Switzerland and Belarus have followed on. Great Britain and Malta are pioneers in the area of online cash games because they were the first to regulate the igaming sector. It took Belgium, Spain and Italy a little longer but they finished by legislating. Other countries are also to legalise internet casino games over the next few years as is the case for some states in the United States.

Introduced by the Belarusian Minister for Taxation in July, the laws regulating online casinos in the country has been approved by the President Alexandre Lukashenko. With a decree dated the beginning of August, he endorsed the setting up of local laws valid from the 1st of April 2019. From this date, there will be a two year transition period during which the operators wishing to offer their services in Belarus can apply for a licence. The set up for granting licences is to be based on the English model rather than the Belgian one. In Belgium, only land based casino operators can offer casino games to online players. This is the case for the Spa Casino through its partnership with the online casino Casino777. Whereas in Britain, every operator can obtain a licence if they meet very strict criteria.

As was confirmed by Vladimir Mukvich, the Belarusian deputy finance and customs minister, this decree isn’t aimed at limiting the number of operators in the local market. For the government it is more about protecting the local population by imposing strict regulations to protect the country’s almost 10 million inhabitants. In other words, Decree no 305 limits entry to online platforms to  those aged 21 and over. There will also be identity checks for players. For their part, online operators will have to place a deposit in an escrow account to cover taxes and any potential winnings due in case the business fails. Setting up a special payment system that allows the country’s financial authorities complete control over transactions, is also planned.

The decree also forbids casinos lending money to players. Another important measure is: the obligatory installation of security cameras in the operators’ buildings. With all of these restrictions, the local authorities aren’t really expecting a huge number of applications. However, the choice will be completely up to the government, which took a major step last December by legalising the use of cryptomoney, ICOs and smart contracts and by putting in place customised regulation to best fit local needs.