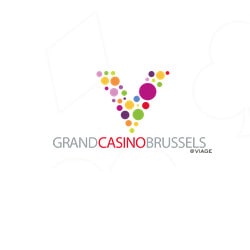 The Casinos Austria International Belgium, the group that controls the Brussels Casino VIAGE, has just lost its two licenses through which it operates online casino and betting games in Belgium.

In response to a request made by another local player, the Belgian Council of State has deemed unconstitutional the fact that the operator uses the same domain name for its different types of games.

In accordance with the requirements of the Belgian legislator, several land-based casino operators wishing to provide their online gaming services joined other operators. In doing so, some of them used the same domain name to provide different types of games. This is the case of the Casinos Austria International Belgium group.

In order to provide his online games, the owner of  Viage  applied for and obtained two licenses from the Commission of Gambling Activities: an A + license for online casino games and FA + for sports betting games.

For this second one, the Austrian operator joined Betway. And it was through the latter’s URL, www.betway.be, that the Austrian operator provided its online games.
This practice, which was previously ignored, is a “combination of access” and was finally recognized as illegal by the Belgian Constitutional Court.

The legal fight of a Belgian “small operator”

At the origin of this licenses’ withdrawal, successive lawsuits were appealed by Rocoluc, a land based gaming rooms’ operator. During the past year, it has proceeded to this type of “collaboration”, requesting from the Constitutional Court a declaration on their legality.

After careful study, the Court decides in favor of Rocoluc and states that this practice violates the Constitution because it prohibits corporations in the gambling activity to operate jointly the same office, without prohibiting a practice similar to online operators (the use of a common URL for multiple game licenses).

In a judgment dated July 19, 2018, the Constitutional Court paved the way for the revocation of “+” (online) licenses operators engaged in this practice. Applying the decree, the Belgian Council of State  withdraw from the Casinos Austria group its two online licenses.

It is only on last August 1st that the decision of A + and FA + licenses’ withdrawal of the Casinos Austria International Belgium group took action, the decision of the Belgian Constitutional Court had already hampered other online operators from the local market. Circus, the Knokke Casino or BM and Betfirst are in similar situations.

Some of them, however, could take appropriate measures before being sanctioned by the Council of State. This is the case of the Knokke Casino, which applied for and obtained new operating licenses for its online gaming service. The operator was able to readjust its URLs. The same occurs with BM which has restructured its online service in order to avoid any inconvenience.

For Casinos Austria too, the solution will probably go through the same process. Otherwise, the operator might have heavy financial fines in the coming weeks.