Skip to content
Home/Macau casino/Games revenue in Macau: September, the worst month of the year

Games revenue in Macau: September, the worst month of the year 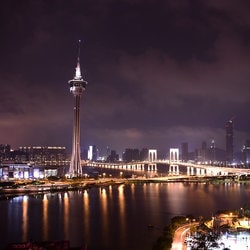 Things do not work out for the number 1 Asian destination of casino games. After a poor first semester, analysts’ recovery forecasts are struggling to materialize. Undergoing the combined effects of several factors, Macau recorded, for the month of September, the worst results of the current year.

This might arise some doubt on the return of the autonomous Chinese city to its historical records.

Figures at the lowest

The fall started a few months ago for income deriving from gambling in Macau continues. With U$ 2.7 billion ($ 22.1 billion patacas) collected in all casinos in the city in September, Macau casinos’ revenues have reached their lowest level since the beginning of the year.

Made public by the Gaming Inspection & Coordination Bureau, these figures reflect a decrease in attendance at Macanese casinos. Decrease which is the same as the one recorded for the month of August. The attendance rate of gambling houses declined by 11% compared to the previous month. As for September, this rate loses an additional 1.1%.

However, these figures are mixed, as they still represent a growth of 0.6% compared to the results recorded in September last year. This contradiction may be explained by the devastating effects of the Typhoon Mangkhut, which swept Macau in September 2018. All the casinos in the city had to close for 33 hours. A unique case in the history of the city.

At the origin of the declining results of recent months, several factors are mentioned by analysts. These factors are related to the trade war between the United States and China. Although these effects on the Macanese games sector are difficult to quantify, this crisis between the two giants weakens the Chinese economy and the local currency, with the result of reducing the financial power of wealthy Chinese players, privileged customers of Macau casinos.

It is in this backdrop that the Chinese gambling industry has already implemented coercive measures against Chinese gamblers traveling to Macau. The segment of VIP players, which is still one of the biggest providers in the sector, was therefore significantly impacted.

The second factor mentioned by analysts to justify the current decline in gambling revenue in Macau is the social unrest that has taken an unexpected dimension in recent months. This instability at the island level has the effect of significantly reducing tourist flows to Macau.

Taking into account these different elements, it is hard to see how the Asian Mecca of casinos could raise the bar for the second half year as predicted by several analysts.