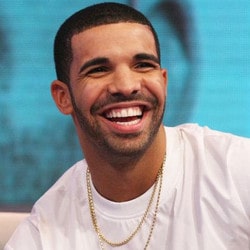 Refusing a global star entry can have a devastating effect on a business’ reputation, which is what happened to the Canadian hotel complex, the Parq Vancouver. The hotel which also has a casino has come in for strong criticism on social media. The Parq Vancouver refused entry to its casino to the singer Drake, who went there last Saturday. Before his concert in Edmonton, Canada and his tour of the United States, Drake stopped off in Vancouver. The singer went to the Parq Vancouver to play in the casino but he was refused entry. The casino didn’t count on the power of social media in particular Instagram that created a bad buzz for its image. Sometimes years of work building up a good image can disappear in a puff of smoke because of one bad post.

Profiling or racism in regard to Drake

The Canadian casino Parq Vancouver refused entry to the singer Drake, who was shocked and quickly shared his experience on social media, in particular on Instagram. Drake wrote on his Instagram account champagnepapi : “Parq Vancouver is the worst managed business that I have ever seen… I was “profiled” and prevented from playing in the casino even though I had everything that was required.” Drake uses the term “profiling” which usually means the refusal of entry to a disco or any business to a coloured person or to a person based on his ethnic origin. Even though Drake doesn’t mention racism, it can be surmised that he was thinking about it.

Drake shared this bad experience with his 50 million subscribers on Instagram. It wasn’t long before his fans’ reactions flooded the Parq Vancouver’s social media accounts. The Canadian casino was inundated with negative messages because it didn’t allow Drake into the casino. Several messages denounced Parq Vancouver’s racism. The international press published many articles on the affair and the result was a major bad buzz for the Vancouver casino, which apologised. An internal investigation was also launched to determine why Drake was refused entry. We went to the Parq Vancouver’s Instagram page but it has probably been shut down because it says “unfortunately this page is no longer available”.

Not only is the casino facing criticism, it is also losing money. Drake is a high roller and he doesn’t just bet hundreds of dollars at the gaming tables but rather tens or hundreds of thousands of dollars. Just last September, he lost 200 000 dollars at tables in the Hard Rock Casino in Atlantic City (See the article above).

It’s not known if the Parq Vancouver’s apology will be enough to encourage Drake to return. As for the person, who refused entry to the international star, it’s most likely he was disciplined or maybe even fired. To be continued….