Skip to content
Home/888Casino, William Hill Casino/888 Holdings may be taken over by William Hill

888 Holdings may be taken over by William Hill 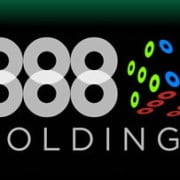 888 Holdings the online gaming operator is in negotiations with William Hill the United Kingdom based bookmaker and online casino operator concerning William Hill’s takeover bid. If the takeover goes ahead it could be worth as much as £750 million but so far William Hill hasn’t confirmed the bid and 888 Holdings was guarded in a statement it made: “there can be no certainty, however, that any firm offer will be made nor as to the terms on which any firm offer might be forthcoming”. There have been rumours that William Hill could offer as much as £210 pence per share which would represent a major investment for the company and a bumper £750 million offer for 888 Holdings.

Both 888 Holdings and William Hill are licensed to operate in the regulated gaming markets in many countries including the United States, the United Kingdom, Italy and Spain. 888 Holdings (which owns 888 casino) withdrew from the American online gambling market after the Unlawful Internet Enforcement Act was passed in 2006 making it illegal to engage in online gambling. The company concentrated its efforts on other countries where online casinos were legal and regulated. Then in 2013 888 Holdings was granted an online gaming licence in the state of Nevada and later that year it joined with Caesars Interactive entertainment to offer online casino games and poker in New Jersey. William Hill also has sports betting operations in Nevada and is working on the same in New Jersey.

888 Holdings was founded in 1997 by Israeli brothers Aaron and Avi Shaked and Shay and Ron Ben-Yitzhak. Their share of the company is run by family trusts with the two family trusts together controlling around 60 per cent of 888 Holdings. The Shaked family trust owns about 24 percent of the company’s shares while the Ben-Yitzhak family trust owns about 10 percent of the shares. It is believed that the Shaked family would prefer William Hill to offer £300 pence per share instead of the £210 pence it is rumoured to be offering per share. So if the family trust wished to it could block William Hill’s takeover bid. Analysts do not think that William Hill is in a position to raise its offer per share.

With the news that William Hill Casino had made a takeover bid earlier this week, 888 Holdings’ share price shot up by over 25 per cent and later settled at 18 per cent up. If William Hill does offer £2.10 per share the total amount involved would be around £750 million for 888 Holdings which is based in Gibraltar. The company has let its investors know that it will update them on progress in the William takeover bid within the next month.