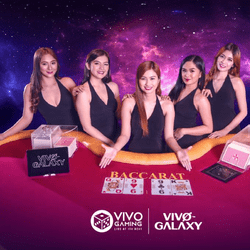 Vivo Gaming, a global live dealer games company, has officially opened a new studio in the Philippines. The opening of the “Galaxy Studio” comes as a result of a partnership with Manaila-based Glorious Throne Data Company Inc.

About the New Galaxy Studio

Here are the facts we have been able to verify about the new Vivo Gaming Galaxy Studio.

Live games fans can play baccarat and live roulette with highly professional, beautiful dealers from the Philippines right away.

Vivo Gaming launched back in 2010, and it has expanded rapidly since then. It has offices in Florida, Bulgaria, Costa Rica, Argentina, and England, giving it a truly global reach.

We don’t yet have confirmation as to which of these live games Vivio Gaming will introduce to the new Galaxy Studio later this year, but a reasonable assumption would be that Dragon Tiger should be included given its popularity in Asia.

Earlier this year, we reported on PAGCOR’s crackdown on illegal gaming studios in the Philippines. Many of these operate in suburban areas and housing complexes, making it difficult for authorities to detect them.

“I’m very happy to work with Vivo Gaming, the Vivo Galaxy studio is a top-tier studio in the Asian region, we believe in creating state of the art live dealer environments for the most demanding consumer,” said Jon Cruz, VP for Information Technology at the company.