Las Vegas Won’t Recover Fully Until 2023 at the Earliest 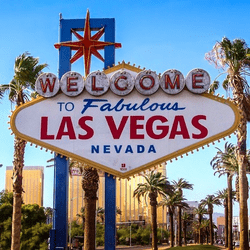 There have been many different financial analysts weighing in with their forecasts for how the gambling industry will recover after the toughest year anyone can remember. According to the latest informed opinion making headlines, the Las Vegas Strip won’t return to normal until 2023.

According to Chad Beynon, an analyst at Macquarie Securities, the Las Vegas strip won’t return to its former glory until 2023. However, even that depends on the successful delivery of a COVID-19 vaccine. According to Dr. Anthony Fauci, a vaccine is likely coming before the end of the year. According to Beynon, that would put Las Vegas on the road to recovery, with 2023 being the year when things return to normal financially.

That might seem like a long way off, but if there’s a delay or if the vaccine proves unsuccessful, the timeline gets pushed back even further. Let’s hope for the sake of Las Vegas and the entire land-based gambling industry that the vaccine works out as planned.

One of Las Vegas’ best-known names is Sheldon Adelson. The casino tycoon and boss of Las Vegas Sands (LVS), has seen his fortune cut by 13.6%, which equates to $4.7 billion. However, despite the temporary drop, he still made it onto the Forbes Rich List. He took 19th spot, making him one of the richest men on the planet despite the financial devastation in Sin City and elsewhere.

What If the Vaccine Doesn’t Materialize?

It should be noted that despite Dr. Fauci’s optimism, there are many sceptics amidst the medical ranks. Some believe that a successful COVID-19 vaccine will take much longer than the end of the year. If a vaccine doesn’t become a reality this year, then there’s going to be further financial pain for Las Vegas, Atlantic City, and all major gambling destinations across the United States and the world.

As a player, you don’t have to risk your health by attending real-world casinos with potentially infected people. Instead, you can play live dealer table and card games from the comfort of home.

American players can enjoy live blackjack, roulette, and baccarat at Red Dog casino. UK players can head over to 32Red for some live dealer action.

As we wait and hope for a vaccine to end this nightmare, don’t take any risks with your health. Let’s hope Dr. Fauci is right and 2020 ends on a happier note – until then, play it safe and stick with live casinos online.