Malta’s Online Gaming Industry worth more than a Billion Euros 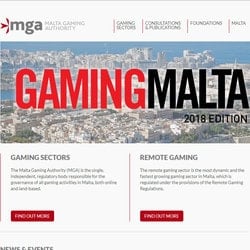 Malta is one of the 28 European Union states. This small island of 316 square kilometres has only 450 000 inhabitants. The Maltese economy is partly based on tourism thanks mainly to cruises. The largest liners in the world frequently drop anchor in Valetta so that the tourists can visit this magnificent country. Malta is also a leading light in the world of online gaming. The Malta Gaming Authority (MGA) plays a major role in the granting of online casino, sports betting, poker and horse racing licences. The MGA has published its 2017 annual report. It states that the online gaming sector has contributed 1.1 billion euros to the Maltese economy.

Live Dealers Casino brings you the details of this report and the importance of Maltese gaming licences in the world of egaming.

Online Gaming in Malta : the state hits the jackpot

In 2017, the Malta Gaming Authority  reported that the online gaming sector in Malta brought in more than 1.1 billion euros. This represents an increase of more than 100 million euros compared to 2016. This should continue in the same vein because according to the forecasts, 2018 should also be a good year. The number of online casino, poker and sports betting operators is increasing and these want licences that are respected worldwide. At the end of 2017, the MGA counted 287 online casino operators or 28 companies more than in 2016. The number of gaming  licences granted to operators has gone from 112 to 625, which is considerable. An operator can have several gaming licences either to run several online casinos or different licences for horse racing, online poker or sports betting. The Maltese economy is doing well thanks to online games, which provide a lot of employment. Online gaming operators based in Malta look for the best candidates to have qualified staff. The law of supply and demand is in place and the operators ensure that their staff remain loyal so that they won’t go elsewhere.

The Malta Gaming Authority received at least 220 requests for gaming licences last year and granted 165 of them. It revoked licences from 5 online gaming operators who didn’t respect the rules set down by the MGA. In Britain, several online casinos holding Gambling Commission licences were called to order such as 32Red, William Hill, 888 Casino and Leo Vegas. In Malta, online gaming operators have to ensure that players are protected. A gaming licence from Malta is one of the most difficult to obtain and the MGA demands an amount of documents to prove honesty.  At the slightest deviation, punishment can be inflicted beginning with a warning and possibly ending with a loss of licence.

The gaming industry, either on the internet or in Malta’s land based casinos such as the Dragonara Casino, the Portomaso Casino or the Oracle Casino just to name a few, is the fourth economic sector. Online gaming sites with Maltese licences are very popular among players due to their reliability.