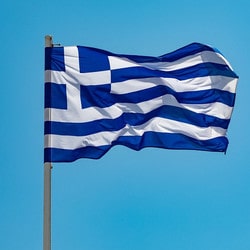 In order to deal with its debt situation, Greece is involved in numerous economic reforms and is putting several major projects in place including an immense casino complex in Athens. This project, which should soon begin, is attracting large international casino groups including several American groups, which are now ready to acquire the first licence to run a business of this type in the country.

Several leading Americans in this sector are in the running

The first Greek mega casino complex will be built on the present site of the Athens Hellinikon airport. With several hotels and top level infrastructure, the construction costs are estimated to be €8 billion. At the beginning of the month,the Hellenic Gaming Commission (HGC) opened  consultations to lead this project. It wasn’t long before some of the largest casino groups in the world queued up. The American billionaire, Sheldon Adelson‘s Las Vegas Sands is amongst those who made submissions. He will be up against the Hard rock International group as well as two other American groups: Caesars Entertainment and Mohegan Gaming and Entertainment. In total, there are four American groups in the running and the Hong Kong billionaire Lawrence Ho’s group, Melco Resorts and Entertainment is also interested. The initial consultation phase was due to start on the 10th of September.

There will be stiff competition between these huge groups with enormous financial capabilities. In this context, it’s difficult to predict which one will be granted the precious licence to run what will no doubt be one of the largest casinos on the Old continent. However, given that these applicants have other involvements, one can take it that they won’t rush head long into this new venture. This, for example is the case for the Hard Rock International group which recently completed the renovation and launch of the former Trump Taj Mahal for more than 500 million dollars and which was recently granted a licence to build and run the Catalonia mega hotel complex (more than 2 billion euros). The same goes for Melco Resorts which is now undertaking the construction of the Mediterranean City of Dreams in Cyprus at an estimated cost of a little over 550 million euros. The 1 billion euro deposit demanded by the HGC to tender could act as a brake for these two candidates even if nothing has yet been decided.

The largest casino complex in Europe

If it is built based on current plans, the Hellinikon complex would cost €8 billion! It’s a lot more than all the other projects of this type planned up to now in Europe. For Greece, which has faced a serious economic crisis for a few years, it’s a national challenge. According to reports, the construction of this of this complex should actively contribute to the relaunch of the national economy thanks to the creation of thousands of new jobs. It should also boost the Greek tourist industry by attracting more than a million more tourists every year. Going even further, it should increase the country’s GDP by +2.4% so the project has the full backing of the European Union, the IMF and the ECB.