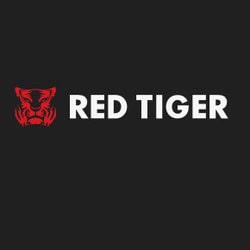 Large financial transactions involving large groups are quite common in the iGaming industry. Each year, some big deals are concluded, sometimes involving well-known group. While it was almost inactive since its creation, it is now the turn of the Scandinavian editor NetEnt to be part of that show.

At the beginning of September, the 3D slot machines expert confirmed the acquisition of Red Tiger’s assets, the young casino games editor, for the tidy sum of € 285 million.

While UK and US gambling groups are quite fond of this type of large-scale Scandinavian transaction, mergers, takeovers, acquisitions and other large-scale financial transactions are not very common. Today, it is one of the large companies from this region which is known for such an operation. It’s been a few months since we knew that the giant NetEnt AB was interested in the activities of one of its very young competitors.

Rumors have recently been confirmed when the Swedish group formalized its intention to acquire Red Tiger, a young company operating in the same field. At the beginning of this month, it was officially confirmed that the two groups made this transaction.

NetEnt and Red Tiger chose the redemption. The Swedish giant absorbed its young challenger and took its assets and client portfolio. The transaction’s estimated cost is £ 220 million. An amount equal to 12 times the earnings before interest, taxes, depreciation and amortization (EBITDA) realized by RED Tiger on behalf of the current year.

However, in accordance with the agreements between the two groups, NetEnt will initially pay £ 197million. The balance of £ 23 million will be paid in 2022, provided that Red Tiger justifies a certain level of performance in the coming months.

The various financial expenses related to the transaction, estimated at about £ 4.6 million, should be settled during the third quarter.

A legend of online games and a promising youngster

This financial transaction is a meeting between two generations of online casino game editors. On the one hand, there is NetEnt, one of the pioneers in the online casino game development sector. A true legend in the game industry, the Scandinavian editor is mostly known today for its hundreds of state-of-the-art slot machines and stunning jackpots.

A favorite editor of 3D slot machine lovers, it is responsible for some of the major hits in the industry, such as Stardust, Gonzo’sQuest, as well as several adaptations of Hollywood hits. On the other hand, Red Tiger is starting to be popular in the game industry. Launched in 2014, this editor is already known by the market due to its productions, such as Treasure Mine and Thor’s Lightning.

This redemption may bring some interesting surprises to the players in the forthcoming months.