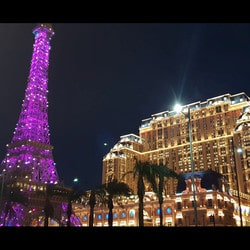 From Monaco to Las Vegas and Singapore to Macau, major players called “High Rollers” are vital for casinos to function well. Just one high roller can spend in one evening the equivalent of thousands of  “small” players. Casinos know well how to cosset them so that they’ll come to play at their roulette, baccarat or blackjack VIP tables. This can take the form of a private jet to collect them, luxury suites in the best hotels in the region, invitations to major sporting events and other perks. It must be said that the casinos aren’t short of ideas to attract these potential high spenders.

In Macau, VIP players were scarcer in the city’s casinos during the first quarter 2018. On the other hand, over the same period, the amount of small bets has greatly increased as can be seen in figures published last week by the local government.

Constant growth since the beginning of the year

According to official figures made public by the Macau Gaming Inspection and Coordination, the third quarter (Ist July to 30th September 2018) ended positively for the island’s casino games sector. Over this period the total gross income for all games together was 74.9 billion Patacas or 9.2 billion dollars. This shows growth of 10.2% compared to last year’s results for the same period. These figures back up the growth seen since the beginning of the year. The total results for the three first quarters in Macau reached 224.9 billion Patacas (27.86 billion dollars) which is an increase of about 16% compared to the same period in 2017.

Growth due to the mass of players

The portion of VIP player revenue has decreased by 1.37 points to represent only 54.3%  of the total income for this third quarter. In contrast to this, income from more modest bets has increased by 1.6 points to reach 34.4% of the total. If one adds the income from slot machines (3.5 billion patacas) and that from other less popular games, the change in habits is even more striking. Income from general gaming has reached 33.7 billion patacas, which is 19.2% more than last year.

The predictions for revenue for October aren’t very rosy. According to Bernstein analyists it should be between 27 and 29 billion patacas after the low frequentation recorded during the Golden Week festival (1st to 7th October).  This will show a moderate increase of 4 – 7% compared to 2017. In the other areas of the gaming sector in Macau (sports lottery, sports betting and greyhound racing in particular), the results are not great and aren’t reaching the hoped for levels.