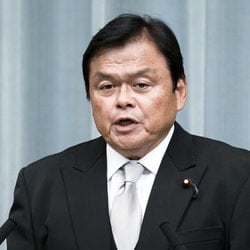 Since 2013, the Japanese government wants to open casinos within its borders. It’s been six years that this project is in progress however up to now nothing happened. In 2014, the parliament approved the opening of casinos in Japan. Cities are looking forward to being chosen. According to experts, casinos in Japan might generate more revenues than all casinos in Las Vegas or Singapore.

Japan might rank the second place in world gaming capitals after Macau. This shows the potential for casinos in Japan and for hiting the jackpot. The Minister of Tourism Kazuyoshi Akaba started to select cities suitable to host casinos

City halls are filling in huge files to be chosen as gaming hosting cities. This can be easily explained due to the economic impacts caused by casinos in terms of billions of dollars annually.

American casino groups like Sands Vegas and Wynn Resorts are interested in opening casinos in Japan. They want to resume their investments in their casinos in Las Vegas, Singapore or Macao and invest in Japan. They are ready to invest from 10 to 15 billion dollars in new casinos. MGM Resorts is ready to build its first casino in Osaka in early 2021. The first players may get in the casino in 2025. However MGM is still competing with Galaxy Entertainment and Genting Group for a license in Osaka.

Even Dominique Desseigne’s group has its eyes on Japan and wants to be one of the lucky ones to open a casino in Japan. The problem is that there are far too many groups interested and few places.

The huge investments of casino groups may be explained when we are aware of the potential of casinos in Japan. Revenues of Japanese gaming houses will be huge for casino groups that will be chosen.