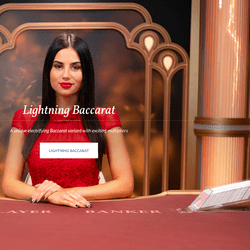 Leading live games provider Evolution Gaming has reported a 50% YOY rise in operating revenue for Q2 2020. The company reported revenues of £116.4 million for the second quarter. Clearly, the loosening of lockdowns around the world has not impacted the appetite for live dealer games. We reported earlier in the year that live gaming was soaring as real-world casinos shut their doors amidst the global pandemic.

This trend has only strengthened further in the second quarter of what has been an amazing year for live gaming and for Evolution Gaming in particular.

Evolution’s EBITDA also increased by 90% in Q2. The company booked £73.6 million after costs, which equates to a healthy margin of 63.2%.

A Huge Year for Evolution Gaming

This year, we have reported several stories that prove the dominance of Evolution in the live dealers games sector. Some breaking stories this year have included:

Despite the setbacks to the global economy and many land-based casinos, Evolution Gaming is having one of its best years to date. News also broke this week that Golden Nugget will enter the newly legalized Michigan online gaming market, meaning that partnership is already bearing fruit for Evolution.

More About the Evolution/NetEnt Takeover

Evolution reported its proposed acquisition of NetEnt last month. iGaming news outlets have been awash with speculation, but the wait for further details will soon be over, as the official takeover document is due to be published in Mid-August. From what is already known, the offer valued NetEnt’s shares at 43% above the current market price at the time. Evolution made it clear that it would not increase its bid, and NetEnt’s board recommended that shareholders accept the offer.

The combination of these two online gaming powerhouses would create a formidable rival to even the largest casino gaming groups such as Flutter Entertainment and the Stars Group.