Evolution Gaming Announces Deal with PointsBet for US Expansion 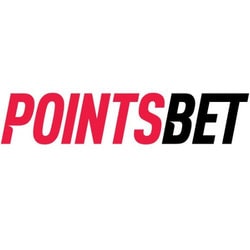 The Evolution Gaming train keeps gaining momentum. Today, the live gaming giant announced that it has been selected by PointsBet for its new initiative to offer live dealer games in the United States. The deal marks yet another expansion into the US legal online gambling market. Recently, we reported that Evolution Gaming had struck a deal with Golden Nugget, one of the biggest names in American casino gaming.

PointsBet is best-known as a sports betting operator, as its name suggests. It was originally founded in Australia, but it operates legally in New Jersey, Indiana, and Iowa. It has licences to offer land-based and online sports betting in these states, having commenced operations in New Jersey in early 2019.

After deciding to offer live casino games to its online customers, the deal with Evolution Gaming was the next logical step.

As the leading live games operator, it’s no surprise that Evolution Gaming is running away with the legal US online gambling market, at least as far as live dealer games go. Since it opened its first live game studio in Atlantic City in 2018, EG has announced several high-profile partnerships and is always quick off the mark when a state legalizes online casino gaming. Its recent deal with Golden Nugget allowed it quick access to the newly opened Michigan market.

However, Evolution has no plans to slow down. It will build its second live games studio in Pennsylvania in the second half of 2020, and it plans to open a third in Michigan in 2021. Will Evolution’s momentum ever slow down? It doesn’t look likely any time soon. This firm keeps going from strength to strength, which explains why we find ourselves reporting on it so often.

As well as announcing its intention to acquire NetEnt, which would allow it to offer the world’s best online slots, Evolution has released several new live games this year, which PointsBet customers will have access to.

And 2020 isn’t over yet, so more live dealer games are set to be released. Clearly, PointsBet players have a lot to look forward to. We’d say a partnership with Evolution Gaming was a smart move on their part.