Skip to content
Home/Slot machine/Banned from a casino, a player wins on a slot machine

Banned from a casino, a player wins on a slot machine

She wins on the slot machine of a casino from which she was banned, it refuses to pay her 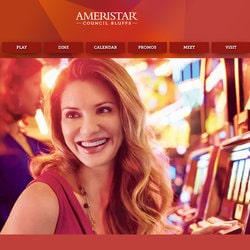 Imagine for a moment that you succeed, after multiple trials, to earn money on a slot machine and that the casino refuses to pay you while you have not cheated. Hard to figure it out, isn’t it? Yet that’s what happened to Tamara Bean, an American player to whom the Ameristar Casino Hotel decided not to pay after a winning bet on one of its slot machines.

And it is unlikely that the complainant will have a favorable decision in this case.

On the casino’s blacklist

Sometimes your background may bring some heavy consequences to your life. This is probably one of the major lessons Tamara Bean will learn from this story. Regular player for over 15 years, the young woman used to go to the Iowa region casinos since the early 2000s. Among those, the Ameristar Casino Hotel Council Bluffs, where she was a regular, but from which she was banished.

In 2002, she was expelled from the casino due to marijuana possession. The casino expelled her and she was registered on its list of hazardous players. In principle, she is therefore forbidden to access this casino, as well as others in the region.

Permissiveness and a “new identity”

But how does a woman banned from a casino still manages to earn money on one of its slot machines? The answer to this question lies in two main points.

The first one is the permissiveness of the casino’s managers for several years. Although she was officially on the casino’s blacklist, Tamara returned there several times to play. And at no time she was prohibited to get in. As long as she lost money for the casino’s benefit she was welcome there. But, in the discharge of the casino, it should be noted that in recent years, the marital status of the player changed.  In 2002, the young woman holding marijuana responded to the name of Tamara Sheffield. Bean, her current last name, comes from her marriage that took place between the two incidents.

Thus, it is Tamara Sheffield who is on the list of undesirable persons from the casino. More discrete, Tamara Bean was granted some months ago a loyalty card from the casino as part of a sponsorship program. She could come and go freely in the casino and enjoy her passion for gambling … until she won.

In such a situation, we may wonder if the casino has not applied double standards in this case. The complete identity of the player was probably known by the casino since she was granted a loyalty card, and Tamara Sheffield and Tamara Bean have obviously the same social security number.

This suggests that the Ameristar Casino Hotel does not really control the identity of players to whom it grants its incentives in order to make them spend more and more money in its facilities. On the other hand, a greater rigor seems to be imposed when it comes to paying the winners …

Tamara Sheffield Beans will probably never see the color of the $ 1,733 she won that day; the case is almost lost in advance.