Skip to content
Home/Casino, Casinos USA/Detroit Casinos Are Open – But Revenue Is Still Taking a Beating

Detroit Casinos Are Open – But Revenue Is Still Taking a Beating 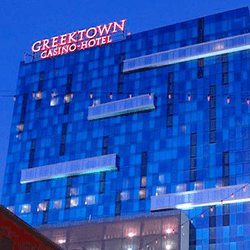 We’ve reported on Detroit casinos several times this year, and one of the stories we reported not so long ago was that they’d reopen at 15% capacity in the midst of the pandemic. This week, the Michigan Gaming Control Board (MGCB) reported the official figures.

The picture isn’t good, but it’s not as bad as many expected.

Going through the numbers, it’s evident that overall, revenue is down 45% when compared to August 2019.

However, some Detroit casinos have been harder hit than others.

All in all, this activity generated $8 million in taxes for the city at a time when revenue is needed most. This illustrates the dilemma of the pandemic: as government’s are spending more to keep citizens and businesses afloat, tax revenue simultaneously is taking a hit. While the initial four-month shutdown is over, there are more than 1,000 members of staff who are still permanently out of work. It’s a catch-22 with no easy way out.

It’s reported that the casino’s poker rooms will reopen and resume operations within a few weeks, but we imagine it might be difficult to bluff, read faces, and enjoy the game the same way with players wearing masks.

The Other Option is Live Casino Games

The last point about the masks highlights an overall larger point: land-based casino gaming just isn’t the same anymore. Not only are players wearing masks, but social distancing must be adhered to, screens separate dealers and players, and much of the intimacy and fun has been lost.

However, there is an alternative. You can play poker, blackjack, baccarat, and roulette with live dealers. US-based players can do so at El Royale Casino, while UK players can play a broad range of live dealer games at 32 Red.

It’s going to be a while before any form of normality resumes. While Dr. Fauci has expressed optimism about a vaccine before the end of the year, it will still take a lot longer to roll out, and Detroit casinos, as well as casinos around the nation, are going to be both dangerous and different for some time to come.

Things are looking up, but we’re by no means out of the woods yet, and for now, the safer, smarter, and better option is to play live casino games online.