Buddhist monk addicted to the game of Blackjack 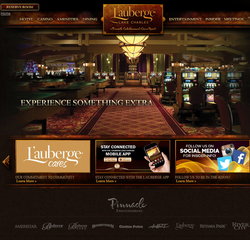 Blackjack is a very popular card game in land based and online casinos from Las Vegas to Macau and from Singapore to the casinos of Monaco. Blackjack is a leading casino game and there isn’t any particular profile of a blackjack player. Khang Nguyen Le, a Buddhist monk a member of the Louisianna Vietnamese Association is a blackjack player who has become so addicted to the game over the years to the point that he helped himself to the association’s funds. He is alleged to have stolen more than 150 000 dollars to play blackjack.

Playing blackjack in the Auberge Casino in Lake Charles

The Buddhist monk frequently went to the Auberge Casino in Lake Charles, Louisianna to play blackjack. So as not to be seen, Khang Nguyen Le hid in the corners of the casino and always went there alone so that other members of the community wouldn’t see that he was addicted to gambling and that the amounts spent were well above his $1000 monthly income. In addition, he spent up to $10 000 at blackjack every two days. In other words his driving passion meant that he needed large amounts of money which he took from the association’s funds. In total it’s alleged that Khang Nguyen Le stole more than 150 000 dollars and squandered them at the Auberge Casino’s blackjack tables.

From the casino to jail

Khang Nguyen Le was arrested at La Guardia airport and will have to get used to being in jail because the community asked his cousins who were going to pay his bail not to do so. So Khang Nguyen Le will have to explain this addiction which has got worse over the past four years. In addition, he is said to have withdrawn more than 370 000 from the casino’s ATMs using different personal accounts. The Buddhist monk will have plenty of time to meditate on what he stole from the association’s funds. This rather unusual story is far from being an isolated case since it’s well known that many gamblers think that they’ll regain their money by gambling more and so they slowly sink into gambling addiction.

The same situation arises on the internet when some online blackjack players who don’t limit their spending place large bets at traditional gaming tables or just in slot machines and spend huge amounts. It’s important to remember that gambling should be a pleasure above all else and that responsible gambling is vital. Online blackjack fans can play at gaming tables with live dealers without having to travel and can do this in a responsible way.
Description: