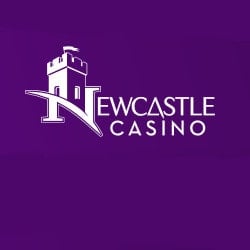 Winning a jackpot of several millions on a casino slot machine is often the favourite dream of every cash games fan. Just imagine the emotional seesaw of having the casino refuse to pay you the amount that you thought that you had won, by claiming that the machine was faulty.

This actual nightmare does happen from time to time and it’s exactly this that a player from Oklahoma is going through right now.

Having thought that she’d won 8.5 million dollars, she hasn’t received anything at all from Newcastle Casino, which disputes her claim.

On the morning of the 21st of February last, in the Newcastle Casino in the American state of Oklahoma, Maribel Sanchez was amusing herself at a Liberty 7s slot machine.

Just after this the slot machine stopped. It went black and didn’t work anymore. The potential winner was able however to take a photo of her winnings. None the less, she claims that the Newcastle Casino refuses to pay her.

Newcastle Casino, a casino near to Oklahoma City

Managed by the Chickasaw Nation, one of the largest tribal gaming operators in Oklahoma, the Newcastle Casino hasn’t yet released an official statement on the case. Situated in the city of the same name about 20 minutes south-east of Oklahoma City, it has 14 gaming tables, more than 3000 slot  machines and a bingo hall.

Determined to get her money, Meribel Sanchez has engaged a lawyer and is preparing a possible court case against the casino. For the player, the situation is clear: she bet money on the slot machine and she won a jackpot of almost 8.5 million dollars. So she is expecting to be paid immediately.

Contrary to popular belief, these situations happen sometimes.It’s definitely not the first time that a casino has refused to payout a huge jackpot to a player. For example, in 2017, a player in Resorts World in Queens, New york, thought that she had won  almost 43 million dollars on a slot machine, The Sphinx, before the complex claimed that the slot machine was faulty.

There was also the case of the elderly lady of 90 in Antioche in Iowa, who thought that she’d won $797,550 on the Miss Kitty slot machine. Unfortunately for her, the Isle Casino in Waterloo claimed that the win was a mistake because the maximum that could be won on the slot machine was $10 000.

Casinos have the advantage in court

In general in land based casinos, there are signs displaying a simple rule: In the case of dysfunction in a slot machine, any winnings are cancelled.

This is why courts have always found in favour of the casinos in such cases. Since there is such a sign in the Newcastle casino, we wish Meribel good luck. It’s highly unlikely that she’ll ever see the colour of the almost 8.5 million dollars.