Czech Republic to increase taxes on all online casinos 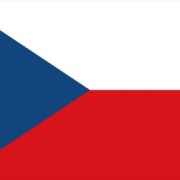 Two years ago the European Commission demanded that several European Union member states update their regulations covering all gambling to make sure that they were in line with European laws. Four countries including the Czech Republic were officially requested to send the Commission information concerning plans they may have had to impose restrictions on certain types of gambling. The Czech government has started to update its gambling laws and it has announced that the new system should be in place by 2016. The new legislation is to cover all gambling including online casinos, gaming machines and lotteries. The new regulatory system will see a large increase in taxes to be paid by gambling operators.

Tax increases across the board

At the moment gambling operators within the country pay a 20 per cent tax on their gross income from gambling and the Czech government wants to increase this to between 30 to 40 percent depending on the type of gambling involved. Gambling companies also pay a 19 per cent corporate tax rate. Slot machines are likely to be taxed at the higher 40 per cent rate while fixed odd betting machines would be charged a lower rate. It is believed that the tax regime changes including the point of consumption tax could bring in around 270 million dollars when they are implemented. The British government has a point of consumption tax on all online casino operators offering their services to British players since the 1st of December2014. This tax means that every online casino pays 15 percent on its operations. Since the 1st of November 2014, the British authorities also require all online casino operators to hold a gaming licence from the British Gaming Commission if they wish to operate within the country. This requirement was challenged but dismissed as not being against European laws on the freedom of movement of services and it became law after a month’s delay from October to November.

Foreign operators to be allowed

At the moment foreign online casino operators are not able to apply for a Czech gambling licence because they are not physically present in the country. This requirement would be lifted under the new rules to come into being in 2016. However, from then on all operators , including licence holders would have to pay a point of consumption tax. This move could discourage rather than encourage foreign online casinos to offer their services to Czech players. Betfair Casino, the leading online gambling company that currently offers services to Czech players has recently said that if the new regulations are enacted that some companies could decide to pull out of the Czech market. It remains to be seen whether the new laws to regulate the Czech gambling industry will bring in the hoped for increase in tax revenue or will put off investment in the industry by foreign operators.