A Compulsive Gambler Sues Caesars Windsor Casino and the OLG 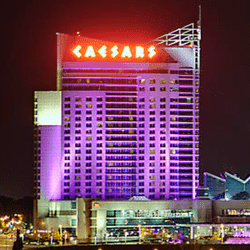 The Caesars Windsor casino complex and Ontario Lottery and Gaming (OLG) have been taken before the courts by a compulsive gambler, who lost 342 000 Canadian dollars in the casino. According to the player, the casino should have stopped him gambling in its establishment. He is seeking damages of 500,000 Canadian dollars from the casino and the group.

His complaints against the casino

Caesars Windsor Casino is one of the largest hotel-casinos in the Canadian province of Ontario. One of the region’s most popular entertainment venues, its reputation has recently been tainted by one of its players. Tarwinder Shokar has accused Caesars Windsor Casino of letting him lose a large amount of money playing at its tables.

His solicitor, Iain Mackinnon is of the same opinion. He says that the casino and Ontario Lottery and Gaming, which controls gambling activity in the province, have failed in their mission. According to the solicitor, there is no doubt that the two groups knew of his client’s situation because several other casinos in the province know of  it and have even barred him from entering their casinos.

Also, according to media reports, Shokar has been sentenced for criminal fraud. So there are many indications that should have lead to him being prevented from playing in the casino and losing this amazing amount.

Before Caesars Windsor Casino, Tarwinder Shokar had some problems with another Ontario casino. A few years ago, he lost all of his money in Elements Casino. In despair, he threw himself in front of a truck with the intention of committing suicide.Luckily he survived this premeditated accident but with serious injuries. Afterwards, the casino’s insurance company paid him a large sum of money. Once he had received these funds, he started to look for another casino in which to gamble.

His search brought him to a travel agency specialising in casino visits, which redirected him to Caesars Windsor Casino…