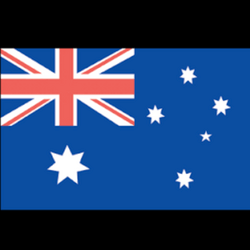 A woman from Tasmania, Australia, who stole AU$ 1million to play social casino games has had her appeal denied in court.

Rachel Naomi Perri, who allegedly embezzled AU$ 1million from her employer over a period of three years, was sentenced to six years in prison in late 2021.

She appealed the sentence on the basis that she was addicted to games of chance and social casino games. The appeal was denied.

Social casino gaming is often pitched as a harmless alternative to real money casino games and other forms of online gambling. However, as Mrs. Perri’s case shows, it can be equally destructive.

Mrs. Perri became addicted to Heart of Vegas, a slot machine played on Facebook, and embezzled AU$ 940,221 over a three-year period. Her employer, Tasmanian Veterinary Services, didn’t notice until an audit revealed the extent of the crime. She also stole AU$ 24,000 from a credit card.

Social casino games were developed to work around laws prohibiting real money gambling in Australia and many U.S. states. Players purchase credits and can win in-game trophies and sometimes real prizes such as cars, vacations, and gadgets.

Whereas real money live casinos would have to question Mrs. Perri’s deposits at some point under regulations related to money laundering and protecting problem gamblers, no such laws exist for social casino sites.

The need for both regulation and responsible gambling

This story is yet another example of why all forms of online gambling should be legalized, regulated, and taxed. Not only does this raise revenue for cash-strapped governments, but it also prevents harm. Had Mrs. Perri been gambling on a regulated live casino, the operator would have had the obligation to conduct an affordability check well before she hit the AU$ 1million mark.

However, players should be aware that in recent times, a series of stiff penalties have been handed out to problem gamblers who crossed the line and stole to feed their gambling habit. While some countries go easy on victims of gambling addiction, more and more countries are treating additive gamblers the same way they treat any other criminal who steals.

It’s a message meant to be heard: if you have a problem, seek help, and don’t think you’ll be treated differently under the law. As Mrs. Perri found out the hard way, oftentimes, no such leniency will be shown.