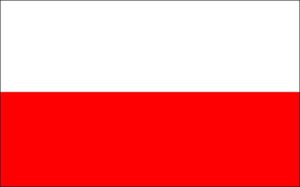 The Polish government may alter its online gambling legislation this year after years of very strict regulation. Before becoming a member of the European Union in 2004, the Polish gambling industry was largely unregulated. There was an attempt at changing the laws on gambling in 1992 but this mainly affected the opening of new land based casinos which could only be constructed in cities with at least a quarter of a million people. Online gambling also remained largely unregulated until a scandal involving corruption put an end to online gambling in the country. Following this scandal in 2009 new laws were drafted and again in 2011 which effectively outlawed every type of online gambling except for sports betting.

Criticism from the European Commission

Poland is not the only country belonging to the European Union to fall foul of European laws governing the free movement of services and goods between member states. The European Commission has issued several memorandums to member states concerning the rights of online casino operators to be able to offer their services to players in other European Union countries. Poland’s online gambling laws restricted permitted online gambling to sports betting only. The 2011 Gambling legislation did allow for foreign operators to apply for the licences available. Even with this restriction in place the gambling authorities have only issued gaming licences to four online sports betting operators. These are Milenium, Totolek, Fortuna Entertainment and STS. The main drawback for any foreign online gambling operators was the requirement by the Polish authorities that any online operator who wished to apply for a gaming licence had to have a permanent base in the country and to set up a Polish company. This major constraint has meant that most online gambling operators offering their services to Polish players have remained unlicensed and this requirement was a main consideration for the European Commission when it criticized the restrictive nature of the Polish online gambling industry.

New legislation may be in place this year

It isn’t known yet when exactly the new laws will come into force but it is believed they will be enacted before the end of this year. The European Commission has approved the Polish government’s new online gambling legislation as it means that online casino operators from outside the country can legally offer their services to Polish players. The removal of the need to have a physical presence in Poland and to form a partnership with a local company should encourage foreign online gambling operators to apply for a Polish licence. It is believed that unlicensed internet gambling operators are making over a billion euros from the Polish online casino and sports betting market and the Polish government would like to have the tax on this amount.