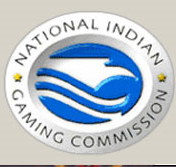 Tribal gambling in the United States is run in general under different conditions to other casino operations. Casino gambling is sometimes permitted on tribal lands even if it isn’t allowed in other areas of the state. This is the case in Texas where casinos are illegal but there is just one in business on tribal lands. The question of sovereignty comes into play in situations where tribes wish to constructed casinos on their lands but are blocked by the state or federal laws in place. The sovereignty problem has been debated for about 200 years and is still not completely resolved even now. Until the Indian Gaming Regulatory Act was passed in 1988 there wasn’t any federal ruling on the organisation of gaming. The National Indian Gaming Commission was set up under the act to regulate tribal gambling. The Indian Gaming Act was put in place to deal with the regulation of tribal gambling and to protect this source of income for the tribes concerned. Another major purpose of the act was to protect the valuable tribal gaming market from any infiltration by organized crime. However this act has caused much disagreement and many court cases.

Casinos are illegal in the state of Texas but there is one casino in operation on land belonging to the Kickapoo Tribe. Other tribes haven’t been allowed to open casinos on their lands so recently two Texan State Reps proposed a bill to make the process of applying to open a casino by different tribes fairer. The representatives worked on the proposed constitutional amendment with two tribes, the Ysleta del Sur Pueblo and the Alabama Coushatta. Fourteen years ago the Alabama Coushatta tribe opened a casino on their land but had to close it under an order from a Federal court. The Kickapoo tribe was given the go ahead by the Bureau of Indian Affairs and its casino remained open. The new bill is to seek to end this discrepancy in granting or refusing permission for different tribes to open casinos.

Under the terms of the Indian Gaming Regulatory Act, tribes wishing to become involved in gambling on their lands need to enter into a gaming compact with the state. The Seminole tribe has such an agreement in Florida. Recently the Florida Senate Committee on Regulated Industries agreed after a very intense debate to extend the Seminole gaming compact. Part of the compact was to end in July but the tribe has been given a one year extension. This comes against the background of debate over whether to allow casino resorts in Florida or not. At the moment it does not seem likely that there will be movement on the question this year.